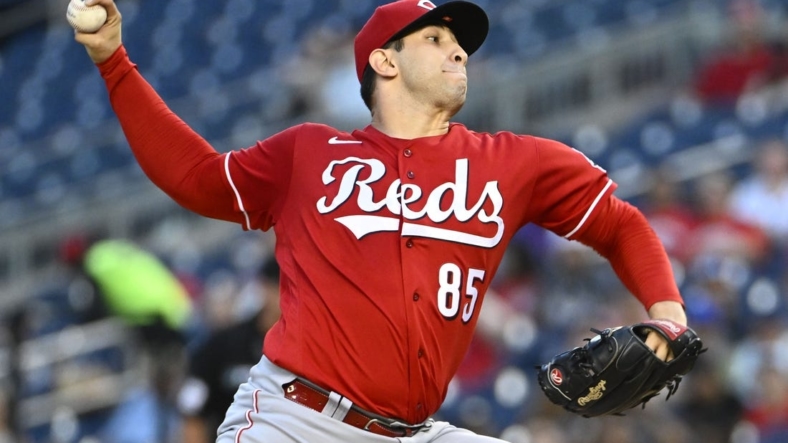 Two teams looking to salvage some momentum in the final month of the season open a three-game weekend series when the Colorado Rockies visit the Cincinnati Reds on Friday night.

The Reds will send right-hander Luis Cessa (3-2, 5.36 ERA) to the mound, making his fourth start and 40th appearance of the season. Cessa, who has proven his value as a spot starter in addition to his primary role in the bullpen, will make the 23rd start of his career.

In a Saturday start at Washington, Cessa tossed four innings, his longest appearance since a four-inning relief stint for the New York Yankees at Boston on June 30, 2019.

Cessa has been in the Reds’ rotation since Aug. 22 at Philadelphia, when he took the spot vacated by T.J. Zeuch, who went on the 15-day injured list due to a back ailment.

The Rockies will counter with left-hander Kyle Freeland (7-9, 4.88 ERA), making his 26th start of the season and second against Cincinnati.

In a road game against the New York Mets on Saturday, he allowed two runs and four hits in five innings, with one walk, one home run, two strikeouts and two hit batters. He took the loss in Colorado’s 3-0 defeat.

On May 1 in a 10-1 Rockies win in Denver, the southpaw held the Reds to one run on four hits over seven innings. Lifetime, Freeland is 3-2 with a 7.16 ERA in six career starts against Cincinnati. In his last start in Cincinnati, on June 11, 2021, he allowed nine runs in four innings, including a career-high five home runs.

Reds starting pitcher Hunter Greene (right shoulder strain) began a rehab assignment at Triple-A Louisville on Thursday. Another Cincinnati starter — Graham Ashcraft (right biceps soreness) — is scheduled to throw a bullpen session on Saturday, and manager David Bell said Ashcraft is making good progress from the soreness that landed him on the injured list on Aug. 23.

“The way he sounds, he’s going to pitch again this year,” Bell said.

Austin Romine, a 33-year-old who came to the Reds on Aug. 2, is the latest veteran to help the team stabilize the catching position. The club has used seven backstops this season, one shy of the team record set in 1909.

In a 5-3 loss to St. Louis on Wednesday, Romine played all 13 innings and took a glove to the face in extra innings when he was tagged out at the plate as the potential winning run.

“Romine has been doing a (heck) of a job with me,” Reds starting pitcher Justin Dunn said. “Kind of coaching me through those games and giving me what I need to do with execution.”

The National League West cellar-dwelling Rockies have experienced a rough campaign, but they appear settled at the closer spot. Daniel Bard signed a two-year, $19 million extension in July.

Bard, 37, has enjoyed a renaissance in 2022, going 3-4 with a 2.28 ERA and 28 saves in 31 chances. Bard says he has been inspired by younger pitchers such as Justin Lawrence trying to make an impression for next year.

“We’ve got some young guys playing that have a lot to prove, which can really be a good thing,” Bard said. “You get off the mound when you need to and try to manage the workload. You try to be the same guy every time you go out.”

Rockies manager Bud Black said, “It’s been a little sporadic, based on the score of the game, but he’s been pretty consistent all year. And he’s put together a couple of good years.”