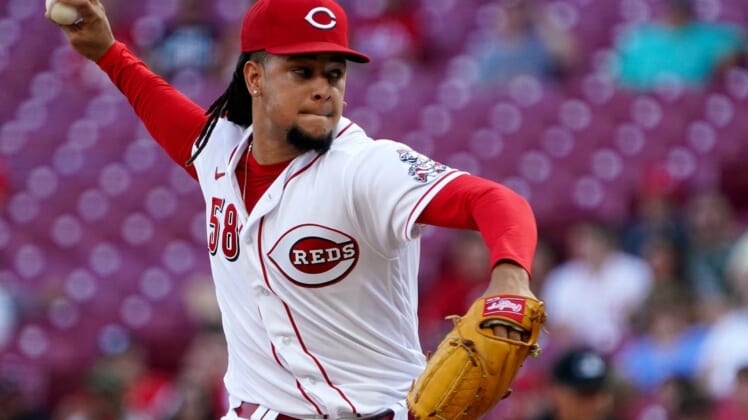 Luis Castillo struck out eight and allowed three runs over seven innings in what could be his Cincinnati farewell as the Reds beat the visiting Miami Marlins 5-3 Wednesday.

Castillo (4-4) worked around solo home runs to Nick Fortes and JJ Bleday and a seventh-inning jam to record his fourth straight outing of seven innings, all in July leading up to the Aug. 2 MLB trade deadline.

Alexis Diaz pitched a perfect eighth and Hunter Strickland pitched around a leadoff single in a scoreless ninth for his sixth save in eight chances.

Castillo’s name has been at the top of many rumor lists as a pitcher who could be on the move to a contender.

Facing the team that traded him to Cincinnati in Jan. 2017, Castillo improved to 5-0 lifetime in six career starts against Miami and was the beneficiary of early offensive support.

The Reds gave Castillo an early cushion off Miami starter and loser Braxton Garrett (2-4) when they broke out with four runs in the first, all scoring with two outs. After Jonathan India was thrown out stealing third and Joey Votto struck out, Kyle Farmer doubled to left to score Brandon Drury and Tommy Pham for a 2-0 lead.

Donovan Solano doubled to left to score Farmer and Matt Reynolds capped the frame with a single to right to score Solano and a 4-0 Cincinnati lead.

Leading off the Miami third, Fortes hit a Castillo fastball to the seats in left for his fourth homer to put Miami on the board. The Reds responded immediately with another Reynolds run-scoring single in the bottom of the inning.

Bleday, who made his big league debut last Saturday, lined a Castillo changeup to the net above the Marlins bullpen for his first career home run.

The Marlins threatened to spoil Castillo’s night in the seventh. After a Lewin Diaz walk and a Willians Astudillo single to open the inning, Jesus Sanchez doubled home Diaz and had the runners in scoring position with none out.

But Castillo showed a flair for the dramatic, striking out the next three batters, tipping his cap to a standing ovation from the crowd behind Cincinnati’s first base dugout.