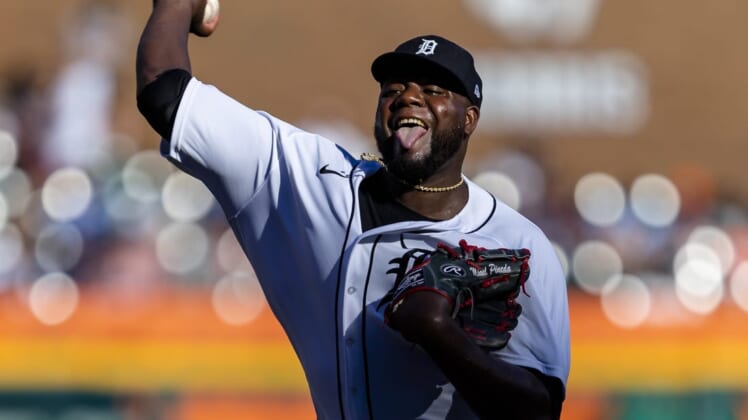 Arraez had three hits, while Alex Kirilloff added two and scored twice for the Twins.

Starting pitcher Joe Ryan (7-3) gave up one run and four hits with seven strikeouts in 5 2/3 innings. He now has two victories over Detroit this season.

Javier Baez reached base three times, scored a run and knocked in another for the Tigers.

The Tigers were fortunate to be trailing by just one run after the first inning.

With one out in the third inning, Correa blasted his 12th homer of the season, which cleared the left-center field wall. Detroit left two runners stranded in the bottom of the frame when Robbie Grossman grounded out.

The Tigers got on the board in the sixth. Riley Greene led off with a triple to center and scored on Baez’s RBI single to right.

Minnesota stretched its lead to 5-1 in the seventh. Kirilloff and Jose Miranda led off with singles against Andrew Chafin. Kyle Garlick reached on an error by third baseman Jeimer Candelario to load the bases. Urshela’s sacrifice fly brought in Kirilloff.

The Twins scored three more runs in the eighth against Will Vest. Urshela supplied an RBI single and Gary Sanchez contributed a run-scoring groundout to make it 8-1.

Detroit got those runs back in the bottom of the inning on RBI singles from Miguel Cabrera and Harold Castro and a wild pitch that scored Zack Short.

Castro was the only Tiger with more than one hit.