LSU, UMKC meet amid change for both programs 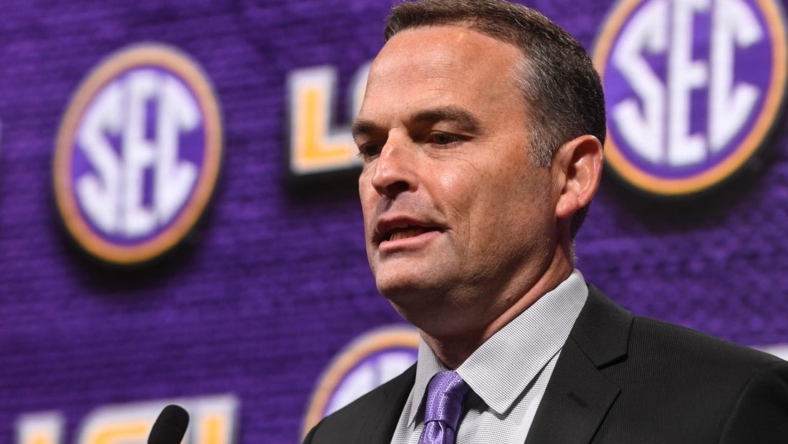 The Missouri-Kansas City and LSU men’s basketball teams have a lot in common as they prepare to meet Wednesday night at Baton Rouge, La.

The Tigers will play their first game under new head coach Matt McMahon, whose roster bears little resemblance to the one that made the NCAA Tournament last season.

The Roos played their first game under new head coach Marvin Menzies when they lost at home to Division II Lincoln 59-56 on Monday — and their team is also starkly different from last season’s.

McMahon won almost 70 percent of his games in seven seasons as Murray State’s head coach and took the Racers to three NCAA tournaments in the six seasons that one was held. He replaced Will Wade, who was fired last season in the wake of an investigation into recruiting improprieties.

The Tigers lost 90 percent of their scoring from last season and McMahon has spent the preseason trying to figure out a way forward for his team.

McMahon built a talented roster, including the reigning Ohio Valley Conference Player of the Year K.J. Williams, who followed his coach to LSU along with three other former Murray State players.

All of the Roos’ returning players entered the transfer portal when coach Billy Donlon left to be an assistant at Clemson.

When Menzies arrived, he reached out to guard Anderson Kopp and convinced the senior to stay as the coach built the roster from scratch.

“We talked for about an hour and a half, just about what his vision is for UMKC basketball, what my vision was, and bounce ideas off of each other,” Kopp said. “And it was one of those moments that it clicked right away.”

Menzies brought back another senior guard in Shemarri Allen, who scored a team-high 14 points in the opener.