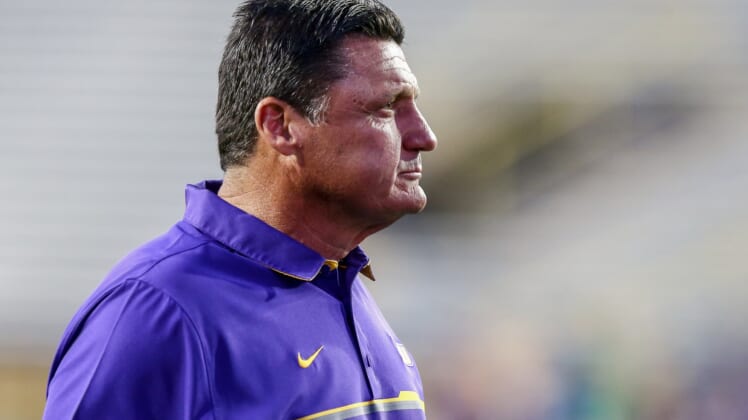 During Sunday night’s game between LSU and Miami, Tigers starting linebacker K’Lavon Chaisson suffered a knee injury that forced him to remain out.

Now a new report from Bruce Feldman of The Athletic reveals the talented ‘backer will be out the rest of the season.

“K’Lavon Chaisson, one of​ the​ Tigers’​ best players, will​​ be sidelined the rest of the season with an injury, a person with direct knowledge of the matter told The Athletic.”

Ed Orgeron announces that #LSU lost former five-star K'Lavon Chaisson for the season. Terrible news for the Tigers and for a young man poised to have a huge year.

This is a huge blow to LSU, as Chaisson was one of their most outstanding front-seven playmakers.

He was all over the field against the Hurricanes before being injured. He racked up five tackles (three solo) and a sack against Miami. After the injury, he was very upset and refused to be carted into the locker room or use crutches. Finally, he relented and let the medical staff ice his knee.

Last year he made the SEC’s All-Freshman Team, finishing the year with 27 tackles and a pair of sacks.