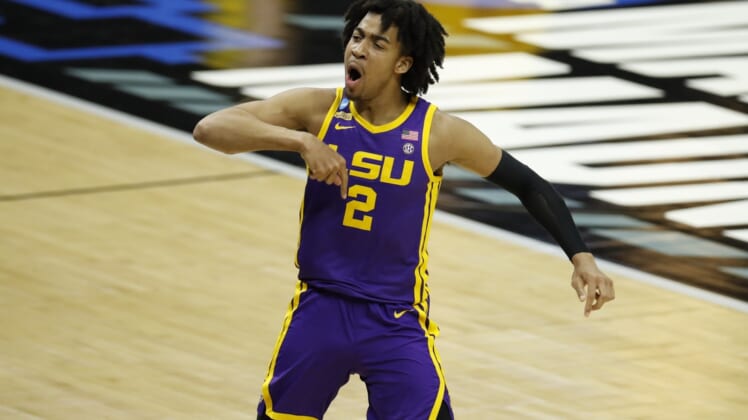 LSU sophomore forward Trendon Watford announced Wednesday that he is declaring for the NBA draft.

The 6-foot-9 Watford said he plans to hire an agent and is focused on his professional career.

“With the support from my family, friends, coaches and teammates, I will be declaring for the 2021 NBA draft with the plan to hire an agent,” Watford said in his announcement on Twitter. “This has been a lifelong dream of mine.”

The NBA draft is scheduled for July 29.