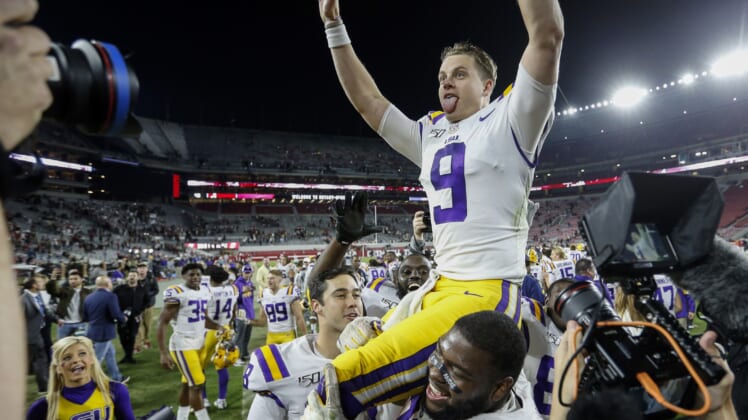 The LSU Tigers earned the No. 1 overall rank in the final College Football Playoff rankings and are favored to beat No. 4 Oklahoma by a nearly historic margin.

According to sportsbetting.ag, LSU is a 12.5-point favorite, which is nearly a historic spread. Only one other game in College Football Playoff history was larger — last year’s Orange Bowl between Alabama and Oklahoma was a 14.5-point spread in favor of the Crimson Tide.

The other College Football Playoff semifinal featuring No. 2 Ohio State vs. No. 3 Clemson sees the Tigers as 2-point favorites to win.

It’s hardly surprising that LSU is being favored to win by nearly two touchdowns. Oklahoma features an explosive offense and a defense that has been a strength most of the season. However, the Sooners cannot compare to the Tigers when it comes to overall talent.

And of course, at least this season, Joe Burrow has been peerless. He’s going to win the Heisman Trophy by a large margin, and so far he hasn’t met a defense he can’t shred to little bits.