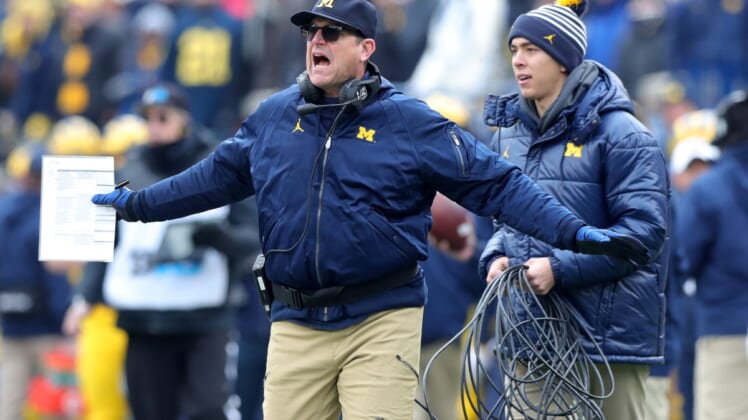 As Michigan Wolverines coach Jim Harbaugh and LSU Tigers Ed Orgeron prepare their football teams for a challenging 2020 college football season, their athletic directors are thinking about the future. Specifically, having the two iconic coaches to square off against each other in a future matchup.

During a town hall with The Advocate on Thursday, LSU Tigers athletic director Scott Woodward revealed that the program has already discussed a potential football matchup against Michigan.

While Woodward didn’t make it clear if this would be a one-time series or a potential home-and-home matchup, the leader of LSU’s athletic department made it clear he wants to provide fans with the matchup between two historic programs.

Of course, college football fans would have to wait quite a few years to see the potential matchup on the gridiron happen. The earliest Michigan land LSU could play would be in 2024, but that would still take discussions advancing between the two programs rather quickly.

If the Wolverines and Tigers finally meet for a head-to-head battle, it would be the first meeting between two of the NCAA’s most recognized programs in their long history. In fact, it would mark Michigan’s first game against an SEC opponent since 2017, per MLive.com, when it played against the Florida Gators at a neutral site.

We’ll just have to hope that Woodward and Michigan’s athletic director Warde Manuel can make this happen. If they can deliver an LSU-Michigan game, you can bet college football fans across the country will tune in to watch and tens of thousands will pay whatever it takes to attend.