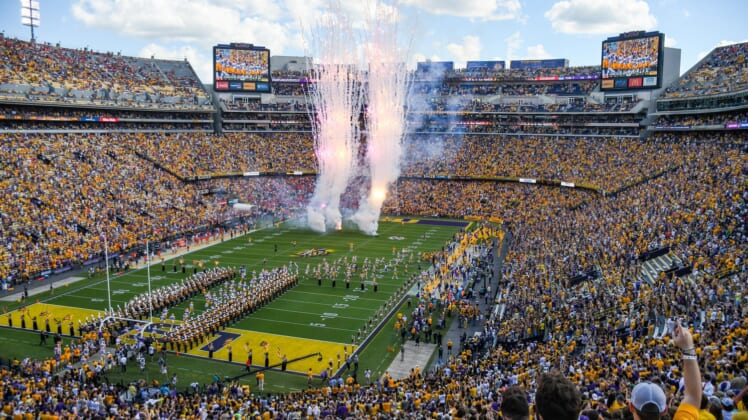 How much so? The four-star recruit has been literally walking around campus in Baton Rouge with bricks in his backpack.

This is not a drill. And it’s absolutely amazing.

He’s now gone from a 225-pound incoming freshman to a 270-pound stud of a defensive lineman. Another anecdote, one of LSU’s coaches attempted to pick up Cherry’s backpack. It did not work out too swimmingly.

We’re going to say now that Sam Winters would be proud. No word yet on whether head football coach Ed Orgeron called on Cherry to pull some classroom antics on his team’s running backs.

What say you, Darnell Jefferson?