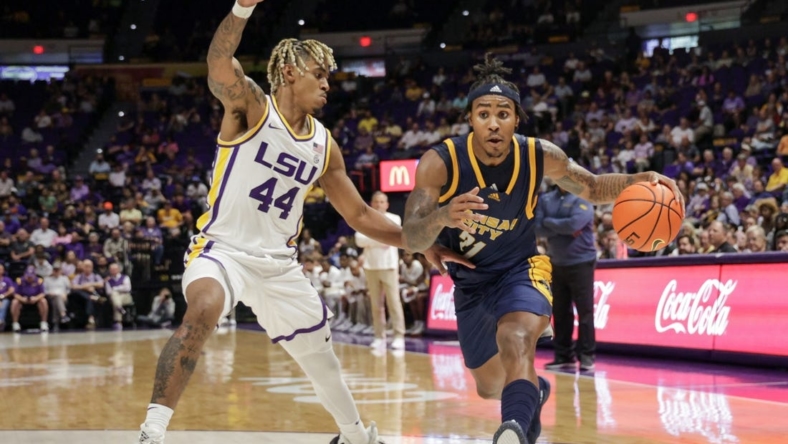 Omar El-Sheikh scored 17 points to lead the Red Wolves (1-1) as none of his eight teammates that played managed to reach double figures.

Williams started the second-half scoring with a basket that gave LSU a 33-26 lead, but Arkansas State pulled within three points on a layup by Avery Felts.

Miller and Williams both made a 3-pointer as the Tigers extended the lead to 43-32.

The Red Wolves closed within 45-43 after back-to-back layups by Julian Lual and Felts.

Williams answered with a basket and Miller added a 3-pointer, two free throws and a layup before Williams followed with a dunk. The 11-0 run gave the Tigers a 54-43 edge as Arkansas State made just one field goal in a span of seven minutes, 40 seconds.

Markise Davis ended the Red Wolves’ drought by making a 3-pointer and Izaiyah Nelson added a three-point play to trim the lead to 56-49 with 1:41 left.

LSU scored the first six points of the game on 3-pointers by Williams and Miller.

Arkansas State took its first lead at 10-9 when Davis made a 3-pointer.

The Tigers took their biggest lead of the half at 27-18 as Miller made two 3-pointers.