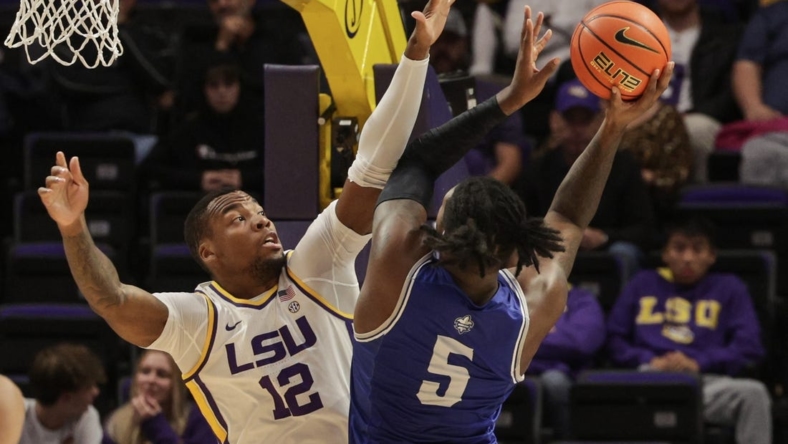 Derek Fountain came off the bench to score 15 points and LSU forced 23 turnovers in a 91-62 victory against New Orleans on Thursday night in Baton Rouge, La.

The Tigers (3-0), who finished with 17 steals, had 11 steals among 15 first-half New Orleans turnovers as they raced to a 22-point halftime lead. LSU coasted against the outmanned Privateers, leading by as many as 34 points.

Cam Hayes added 13 points and Justice Hill had 12 as 12 of the 15 Tigers who played scored. LSU broke out after starting the season with more competitive victories of 11 points against Kansas City and nine against Arkansas State. It averaged just 67.5 points in those two contests.

Wilson-Rouse made a 3-pointer to end the Privateers’ 5 1/2-minute scoring drought that began after he made his previous trey.

New Orleans followed that with another scoring drought of 5:25 while the Tigers were scoring 14 straight points to build a 34-12 lead.

K’mani Doughty ended that drought by making a 3-pointer, and he added another basket to get the Privateers within 17 points.

The Tigers will play away from the home for the first time Monday when they face Illinois State in the first of three games in the Cayman Islands next week. The Privateers will play host to The Citadel on Wednesday.