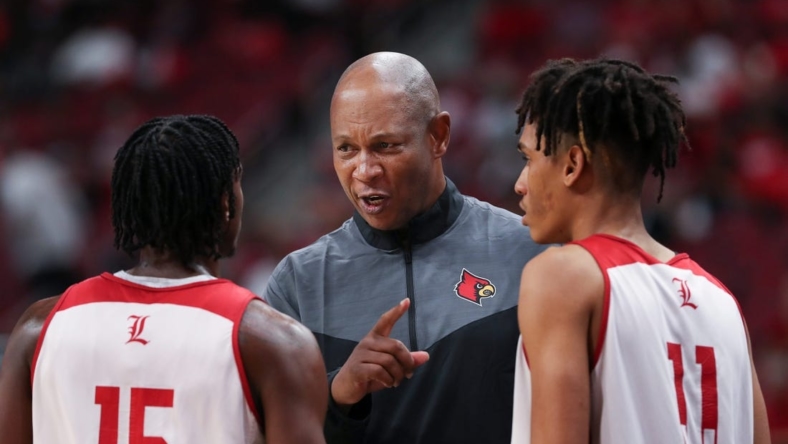 Louisville will look to leave its first losing season in more than two decades behind when first-year coach Kenny Payne leads the Cardinals and their seven returning players against visiting Bellarmine on Wednesday.

The Cardinals are coming off a season in which they went just 6-14 in Atlantic Coast Conference play and stumbled to a 13-19 finish, their first losing season since going 12-19 during the 2000-01 season.

But Payne, a former Louisville player and assistant coach for the New York Knicks, hopes to turn around a team that shot 67.4 percent from the free-throw line and just 30.9 percent from 3-point range. The Cardinals lost 10 games by single digits last season.

El Ellis (8.7 points per game), is the team’s top returning scorer, while forward Sydney Curry averaged 7.1 points and 4.4 rebounds per game. However, no other returner averaged more than six points per game.

The team is hoping transfer Brandon Huntley-Hatfield, who averaged 3.9 points and 2.9 rebounds for Tennessee, as well as four-star recruits Kamari Lands and Devin Ree, can contribute immediately.

The Cardinals didn’t play well in exhibitions against two Division II schools, following a 57-47 loss to Lenoir-Rhyne on Oct. 30 with an 80-73 win over Chaminade on Thursday.

The Knights were picked to finish sixth in the conference’s preseason poll after winning the league’s conference tournament last year to finish 20-13.

Bellarmine used a 71-34 win over visiting Division III Centre College on Oct. 27 to prepare for its season opener against Louisville.

“I love their enthusiasm in which they played the game for each other,” Bellarmine head coach Scott Davenport said. “We talk about being unselfish in every aspect of the game and I saw that on the court.”