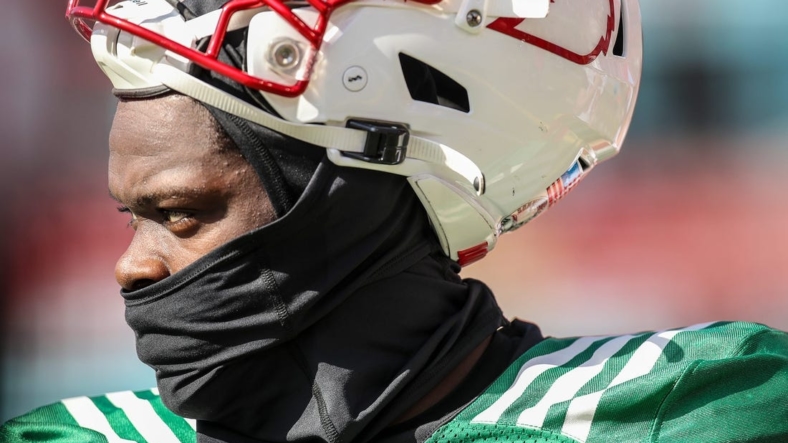 Louisville and Syracuse, two teams looking to break through in the ACC Atlantic Division, square off Saturday night in the season opener for both teams.

The host Orange feature Sean Tucker, the top rusher in the ACC last season. Even with Tucker’s school-record 1,496 yards, Syracuse won just five games last season in a rebound campaign from the forgettable 2020 (1-10).

“It really runs through that running back,” Louisville coach Scott Satterfield said of Tucker, who has gained 188 yards in two career games against Louisville.

Syracuse is 29-43 in six seasons under Dino Babers, with just 11 wins in the past three years. Last year, the Orange had the ACC’s worst passing offense. Garrett Shrader struggled at times after taking the starting job late in the season. He’s back, but the team is thin at quarterback after former starter Tommy DeVito left and won the starting job at Illinois and springtime standout Justin Lamson sustained a season-ending knee injury.

Louisville’s 41-3 victory over Syracuse in November helped the Cardinals secure a 6-6 regular-season record before they were edged by Air Force in a bowl game. The Cardinals are further heartened that three of their six losses came by one score.

The Cardinals are led by dynamic Malik Cunningham, the ACC’s top rushing quarterback, who will be trying to further balance up an offense that ranked eighth in the league in passing last season.

Cunningham returns after becoming the second quarterback in school history to rush for over 1,000 yards. He ranked fourth nationally and led the ACC with 20 rushing touchdowns while ranking 14th nationally in total offense.

Against Syracuse, Cunningham had five touchdowns in the first half last season.

“He’s an electrifying player,” Babers said of Cunningham. “When he steps on the field, traditionally he’s the best football player on the field on both sides.”

Despite being outscored by Louisville 71-3 in the past two meetings, Syracuse is showing a measure of outward confidence. At the ACC media day gathering in July, Syracuse linebacker Mikel Jones offered: “We see it as a good opportunity. We don’t think it’s going to be a tough challenge.”