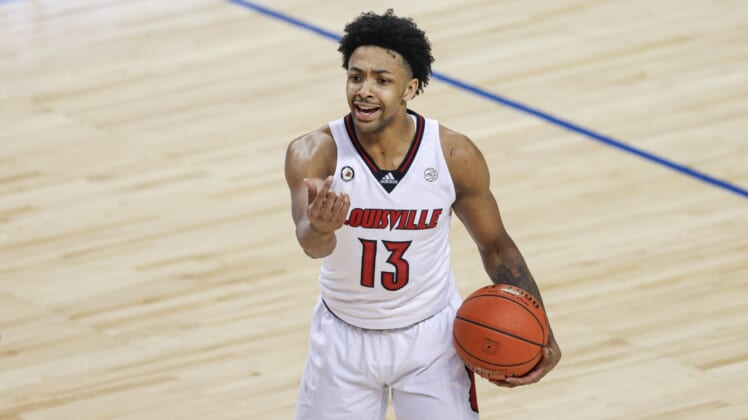 The 6-foot-5 sophomore will forego his remaining college eligibility, the school announced.

“It has been a dream of mine to play in the NBA since I could remember and now it’s time to take the next step to get there,” Johnson said in a release. “My family and I value your continued prayers, love, and support as I forego my remaining years of college eligibility and enter the 2021 NBA Draft!”

“DJ is a terrific player and incredible representative of the University of Louisville,” Cardinals coach Chris Mack said. “I’m going to miss coaching him, but I’m happy as heck for him and his family. He’s a first-round talent and a first-class kid, and he’ll always be a Cardinal.”

The All-ACC honorable mention selection is the second Louisville player to enter the draft process this month.

Senior guard Carlik Jones announced Saturday that he will test the NBA waters, but left open the possibility of returning for his final year of eligibility.