Louisville aims to get back on track in visit to Pitt 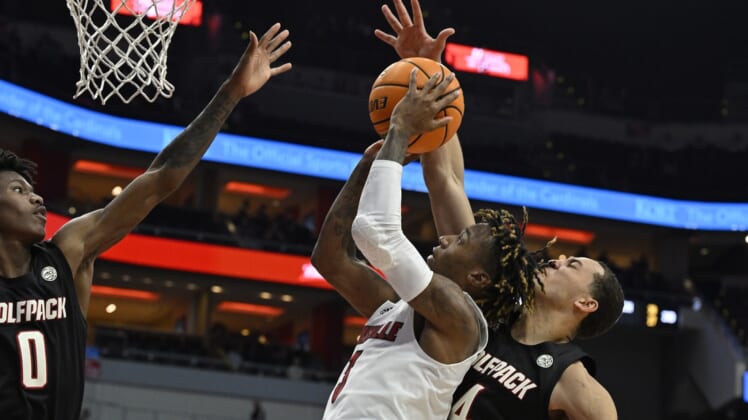 Louisville looks to break a two-game losing streak on Saturday as it heads to Pittsburgh to take on the struggling Panthers for the second time in 10 days.

Ellis started off the year on the bench but got the starting nod in the Cardinals’ most recent game, a 79-63 home loss to North Carolina State on Wednesday. Ellis shot 1-for-6 from the field against the Wolfpack and finished with just three points in 16 minutes. Noah Locke, normally the team’s starting shooting guard, came in to replace Ellis and scored 13 points in 32 minutes.

“El has been playing well — he’s got a long way to go defensively,” Louisville coach Chris Mack said. “Noah responded the way he needed to on the offensive end, but again, you can’t give points and then get points from the other guy. He’s got to be able to hold his water at that end of the floor. El was a bit more dynamic in terms of getting in the lane for our team.”

Locke leads Louisville with an average of 10.9 points per game. Jarrod West, a transfer from Marshall, is the only Cardinal to start every game this season.

Pitt seems to be showing some promise despite losing three of its past four games. The Panthers earned a hard-fought 69-67 win against Boston College on Jan. 8 but then fell apart Tuesday at Syracuse, losing 77-61. Pitt shot just 5 of 21 from the field in the second half against the Orange and committed 13 turnovers in the game.

“I thought our offense, not being able to make shots and turning the basketball over really affected our defense,” Pitt coach Jeff Capel said. “We didn’t defend well for the last part of the first half, the whole second half, which led to us being very poor offensively.”

The Panthers are averaging just 62.3 points per game thanks to hitting only 41.2 percent of their shots from the floor, 31 percent from 3-point range and 67.9 percent from the free-throw line, all dead last in the ACC.

John Hugley leads the Panthers with 15.2 points per game, but he was limited to just eight against Syracuse after scoring 32 in the win against Boston College.

Louisville leads the all-time series against Pitt 21-6, as the programs were rivals in the Big East and now the ACC. The Cardinals have won the past five matchups.