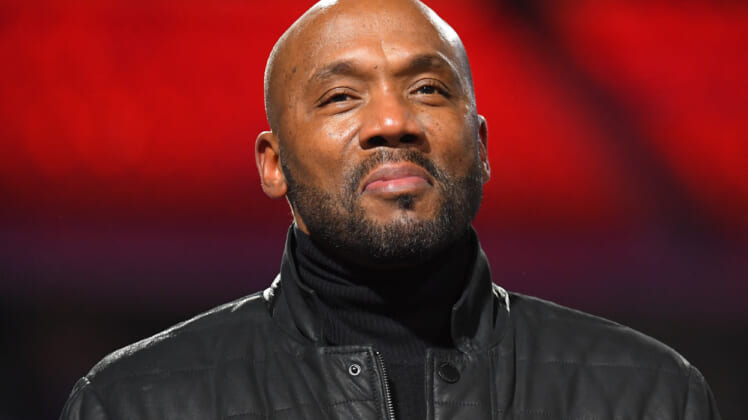 Former NFL defensive back Louis Riddick has worked tirelessly to land a general manager position with one of the 32 professional football franchises since his playing career wrapped up in 2001.

Since then, Riddick has worked in various roles across multiple NFL front offices.

Washington was the first to give Riddick a chance, hiring him on as a pro scout from 2001-04. Riddick was quickly promoted to director of pro personnel in 2005, where he remained through 2007.

Football fans have come to enjoy Riddick over the years by seeing him on ESPN, later joining the Monday Night Football crew alongside Steve Levy.

While working on television, Riddick hasn’t been shy about his desire to take the next step and become a GM someday, in which there are several openings around the league each offseason. In fact, there’s one open right now, with the Pittsburgh Steelers looking for a successor to Kevin Colbert.

Despite Riddick interviewing for multiple general manager positions, including the Steelers’ gig

Riddick’s descriptive analysis and approach to the game has led many observers to clamor for Riddick to become their favorite team’s next GM, yet despite many interviews and a clear intent to become a franchise’s lead decision-maker, it hasn’t happened thus far.

“I have one of the great broadcasting jobs in America, period. I have always been very up front, starting with (ESPN president) Jimmy Pitaro that this is not a situation where I’m going, ‘I want to get back to the NFL.’ If teams call and want to talk to me about being a general manager, then I have a definite interest in that kind of thing because it’s always been a career goal of mine, and it’s always been a challenge that I have been interested in. And if it were to be something that was a great fit for them and me, then sure, then we would take it down the road and see how far it would go.”

Louis Riddick on his desire to become an NFL GM

It’s safe to say, Riddick’s goal is still to become a GM, which seems to be a mutual understanding between him and ESPN. But this late in the offseason? Riddick may be secure in his position with ESPN, unless his home state Steelers come calling.

Related: Antonio Brown tweets he wants to ‘Retire A Steeler’

Riddick’s ESPN extension means no Steelers gig, or does it?

As he mentioned, no one would fault Riddick for exploring each opportunity he receives to interview for a GM role, but a more recent development may keep him with ESPN for at least another season.

According to Andrew Marchand of The New York Post, Riddick recently agreed to a contract extension with ESPN to keep him on MNF TV broadcasts for the foreseeable future. Specific details of the length were not available.

Yet, Riddick’s own agreement with ESPN from the past likely still stands. If the Steelers woke up tomorrow and decided to offer him their general manager position instead of Ryan Cowden, John Spytek, Omar Khan, or Andy Weidl, you better believe that Riddick, a former Pitt Panther, would accept the job.