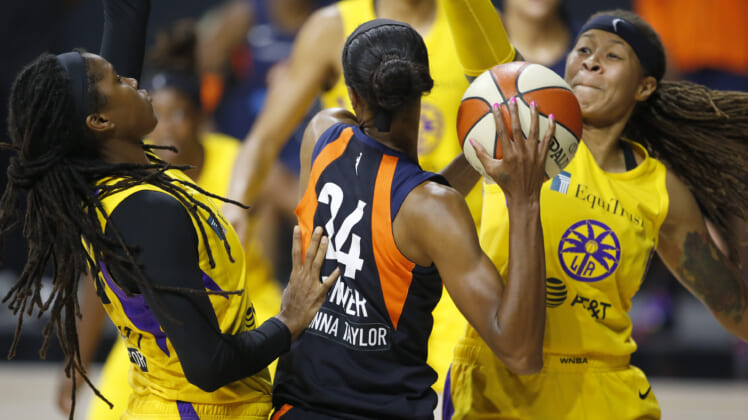 The WNBA has announced that Los Angeles Sparks guard Te’a Cooper will suspended one game for her actions during a game against the Minnesota Lynx on June 12.

In the fourth quarter of the game, Sparks guard Arella Guirantes fouled Lynx forward Napheesa Collier with the latter responding by pushing her. Guirantes’ teammate took up for her teammate by pushing Collier back.

Both parties’ teammates converged in to break up the altercation, including Te’a Cooper who was on the sideline waiting to check in the game. Since Cooper was not in the game, her actions are bound for suspension as she is deemed to be a player leaving the bench and escalating the situation.

After a rough start to the season coming off the bench, Cooper was finally beginning to catch her footing in the past five games since being inserted into the starting lineup. She had been averaging 13.6 points while coming off scoring a career-high 17 points in the game against the Lynx. 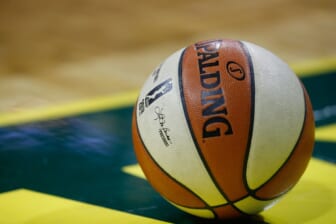 Her suspension will be served this Wednesday when the Los Angeles Sparks play the Phoenix Mercury on their home floor. This comes at a terrible time for a Los Angeles Sparks team that has been riddled with injuries to their top players.

In addition to Te’a Cooper being out due to suspension, the Sparks are still without their leading scorer Nneka Ogwumike, sister Chiney Ogwumike and Jasmine Walker who have all missed due to knee injuries. Also, the Sparks could be without starting guard Erica Wheeler after she suffered a head injury in the game against the Lynx.