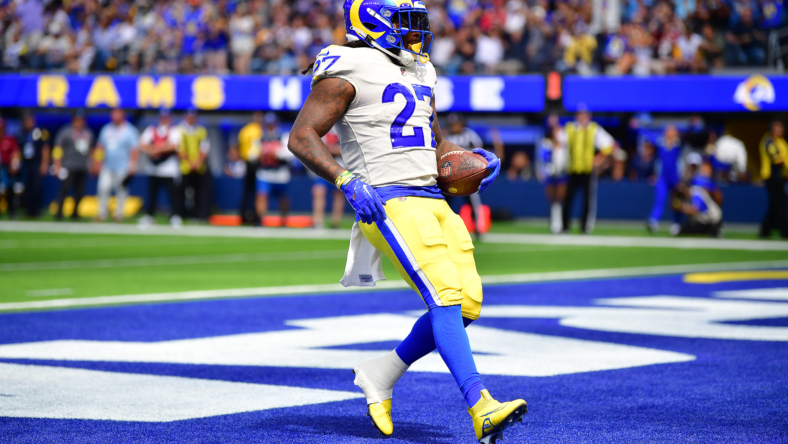 At 3-7 on the season and in the midst of a four-game losing streak, the defending champion Los Angeles Rams are going nowhere fast.

Apparently, Los Angeles realizes this ahead of its Week 12 outing against the Kansas City Chiefs. The team surprisingly announced on Tuesday that it is waiving leading rusher and 2019 third-round pick Darrell Henderson.

Henderson, 25, is the Rams’ leading rusher with 283 yards through 10 games. He’s started seven of those outings. Though, the Memphis product has taken on a lesser role in recent weeks with eight rush attempts over the past two games. He saw action for just four offensive snaps in last week’s loss to the New Orleans Saints.

In addition to Henderson, the Rams announced that they have released linebacker Justin Hollins. He’s started five games this season, recording 26 tackles and a forced fumble in the process.

This seems to be a clear indication that the Rams know they’re not going to compete for a playoff spot down the stretch. They currently sit three games behind the Seattle Seahawks for the final playoff spot in the NFC.

As for the Rams’ running back situation, they currently rank 31st in the NFL at 76.1 yards per game. Henderson was being joined by Cam Akers in a backfield that includes quarterback Matthew Stafford in struggling through the first 10 games of the season.

This past week against the Saints saw rookie Kyren Williams take on a larger role. The expectation is that the former Notre Dame star will be featured as the Rams play out the string in a lost season.