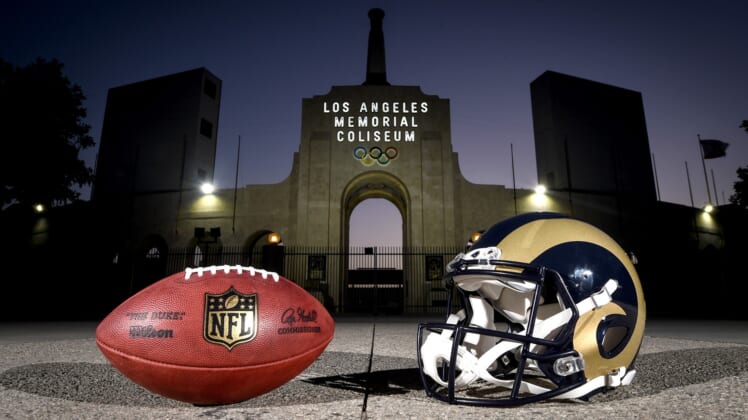 In an attempt to go greener and to help save the environment, the Los Angeles Rams and University of Southern California are launching a collaborative plan to reduce trash at the Coliseum.

The report comes via Rob Hayes of abc7news.com. It is estimated by officials that 7-10 tons of trash are left either in receptacles, on the ground or in the stands at the end of each USC game played at the historic Coliseum.

Per the report, the Coliseum can house at least 90,000 people and the Rams will add to the mix after playing their two preseason and eight regular season games at the venue.

The plan is to achieve a zero-waste program, according to city and stadium officials. Per Hayes, the Coliseum will use 100 percent recyclable materials for their food packaging. Furthermore it is reported that the company in charge of collecting the trash will ensure that it is processed properly.

Gary Clifford, the executive vice president of Athens Services, stated this about the trash sorting procedure: “We will take the mixed waste to a plant, remove everything usable out of that waste, then we process it with machines and people.”

Per Hayes, ticket prices to games should not increase even with the new process in place.

If the plan proves to be efficient and reduce waste, it could be an outline for other sports venues to adopt similar practices.

The sorting process sure seems tedious. That said, the astonishing 7-10 tons of garbage per game must be dealt with one way or another. This news should be counted as one of the positives in the Rams’ relocation to Southern California.