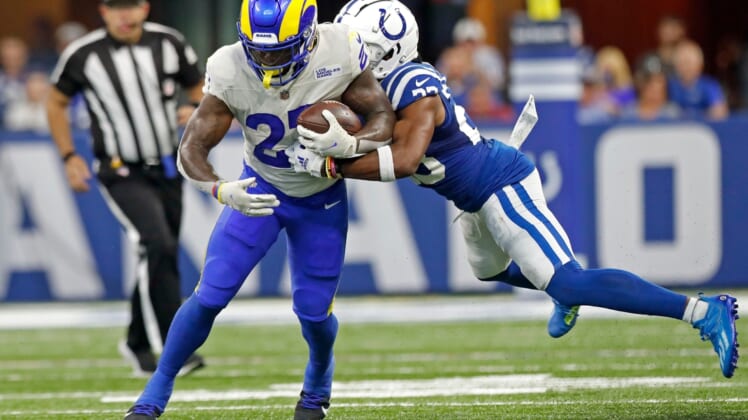 Los Angeles Rams coach Sean McVay expressed optimism that Darrell Henderson may be active for this Sunday’s home game against the Tampa Bay Buccaneers after the running back was injured a day earlier.

McVay told reporters Monday that the third-year running back had a rib cartilage injury, and that the team would check back with Henderson on Friday to see how he is progressing.

Henderson, 24, entered the season as the Rams’ top running back after 2020 rookie sensation Cam Akers ruptured his Achilles during training camp, ending his season before he even played a down. Henderson has gotten off to a solid start, averaging over 4.0 yards per carry in each of the Rams’ victories and scoring a touchdown in each game.

In two games, Henderson has rushed 29 times for 123 yards and caught four passes for 46 yards.

If Henderson can’t play this weekend, the likely replacement will be Sony Michel. The former New England Patriot carried 10 times for 46 yards, all in the fourth quarter, after replacing Henderson against the Colts.