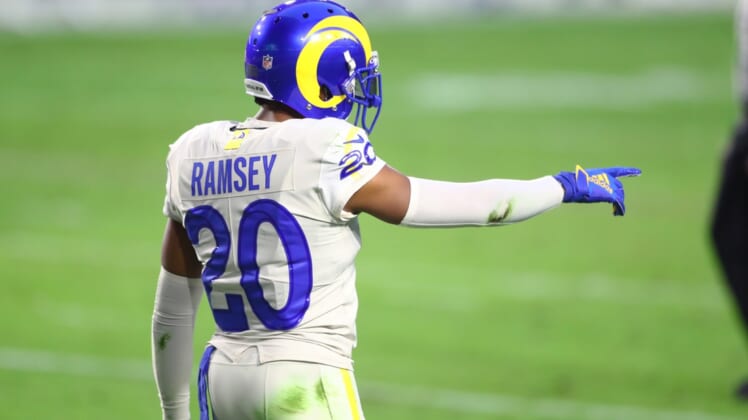 Further, the Rams are working to restructure the contracts of Aaron Donald and wide receiver Cooper Kupp, moves that will get the Rams under the $182.5 million salary cap before the new league year hits Wednesday.

The Rams saved $12 million on Ramsey’s $100 million extension he signed last September. The team converted $15 million of Ramsey’s 2021 salary into a bonus. The team did the same with Woods, converting $10 of his salary for this season into a bonus, saving $8 million.

The team also agreed to a four-year, $64 million extension with OLB Leonard Floyd.