Cam Akers was expected to be the lead running back in the Los Angeles Rams’ offense this coming season, but the rising second-year star is now likely to be out for the entire 2021 campaign after tearing his Achilles.

Akers was part of a backfield platoon during his rookie year, but the second-round pick out of Florida State quickly rose up the depth chart and shined during the playoffs.

In a win over the NFC West rival Seattle Seahawks on Wild Card Weekend, Akers piled up 131 yards rushing on 28 carries and a touchdown, along with two catches for 45 yards. He ran for another 90 yards and a score against the Green Bay Packers in the Divisional Round. 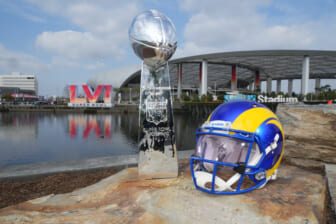 With Matthew Stafford replacing Jared Goff at quarterback, the Rams’ offense is still expected to reach new heights in 2021. However, without a legitimate No. 1 tailback like Akers anchoring the rushing attack, LA’s balance on offense is bound to take a hit.

Stafford has plenty of pass-catchers to throw to, though, between Cooper Kupp, Robert Woods, Van Jefferson, DeSean Jackson, Tutu Atwell and Tyler Higbee. Head coach Sean McVay, one of the NFL’s most brilliant offensive minds, is dialing up the plays, too.

Darrell Henderson is likely going to be the back the Rams call on to take the majority of carries going forward. Last year, Henderson had 138 carries for 624 yards (4.5 yards per carry) with five touchdowns during the regular season.