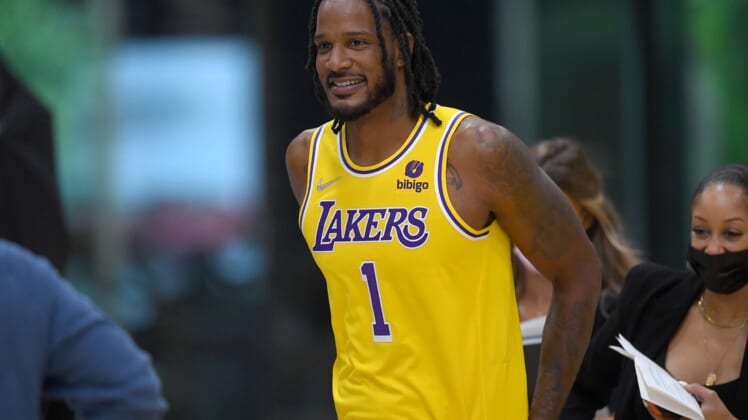 The team announced that Ariza will be evaluated in eight weeks, which would be around the start of December. The Lakers are due to open the season Oct. 19 against the Golden State Warriors, and they have seven games in October and 16 in November.

The well-traveled Ariza, 36, is set to start his second stint with the Lakers. He has played for 10 teams since the New York Knicks made him a second-round draft pick in 2004 out of UCLA.

Last season, Ariza appeared in 30 games for the Miami Heat, making 27 starts and averaging 9.4 points and 4.8 rebounds per game. He signed a one-year deal with Los Angeles in August.

In addition to New York, Miami and Los Angeles, Ariza has had two stints with the Houston Rockets and Washington Wizards as well as single stays with the Orlando Magic, New Orleans Hornets, Phoenix Suns, Sacramento Kings and Portland Trail Blazers.

With Ariza sidelined, his playing time could be split among Kent Bazemore, Carmelo Anthony and Talen Horton-Tucker.