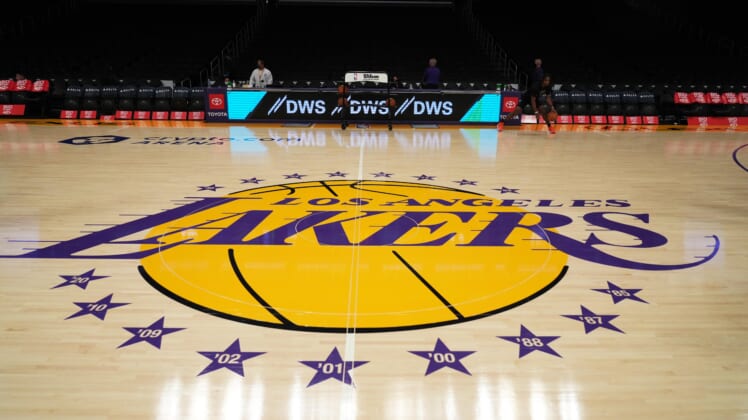 Slava Medvedenko, a member of two Los Angeles Lakers championship teams in the early 2000s, recently auctioned off his prized title rings to aid victims of the ongoing war in his native Ukraine.

For many new Lakers fans, Medvedenko may be an unfamiliar name. However, the seven-year NBA veteran was on two of the best rosters the legendary franchise has had over the last 20 years. Those being the squads that took home championships in 2001 and 2002.

Those were the groups that featured the Hall-of-Fame combo of Shaquille O’Neal and Kobe Bryant, as well as memorable rotation talents like “Big Shot Bob,” AKA Robert Horry, Derek Fischer, and Rick Fox. They were two of the three squads that won consecutive titles and were a classic Lakers dynasty.

The championship rings given to each player on the roster are a pair of iconic pieces of memorabilia that could garner some serious money from wealthy NBA aficionados. Well, Medvedenko used that value to try and help his countryman in need this week.

Medvedenko is a native of Ukraine, a country that is currently in a very difficult situation. They were invaded by neighboring global powerhouse Russia in February, and the two nations have been embroiled in an ongoing war for the five months since. The battle has led to many of his fellow Ukrainians dying from attacks, or being added to the biggest refugee crisis in Europe since World War II.

Two help Ukrainians struggling at home or abroad, the Lakers veteran decided to auction off the two championship rings he earned 20 years ago. On Saturday, LA sports radio personality Arash Markazi revealed that the pair of rings fetched $126,767 a piece at auction for a total of $253,534 toward Ukraine relief efforts. 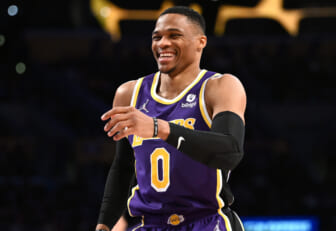 If you too are looking to help those victimized by the war in Ukraine, you can offer assistance to relief efforts at the Red Cross’s support site HERE.