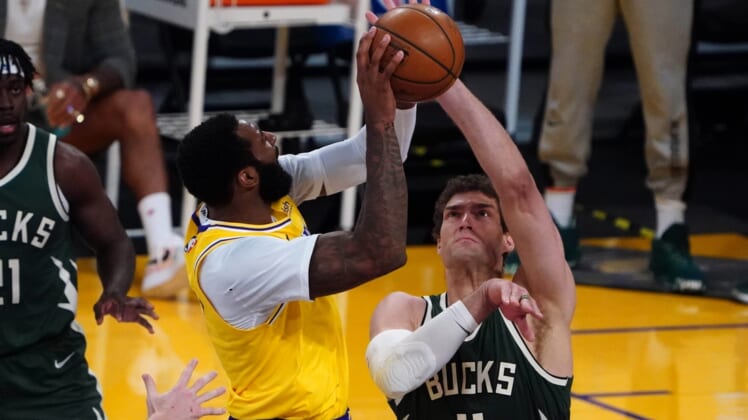 New Lakers center Andre Drummond remained in Los Angeles and has been ruled out for Friday’s game at the Sacramento Kings.

Drummond injured his right big toe when Milwaukee Bucks center Brook Lopez stepped on his foot during the Lakers’ 112-97 home loss on Wednesday. He was officially diagnosed with a bruised toe, and he confirmed on Twitter the following day that he lost a toenail.

Drummond, 27, played 14 minutes and scored four points in the game — his first action since Feb. 12, when the Cleveland Cavaliers sent him to the bench, seeking a trade. He signed as a free agent with the Lakers after negotiating a buyout with Cleveland.

A two-time All-Star and four-time NBA rebounding leader, Drummond averaged 17.5 points and 13.5 rebounds in 25 starts for the Cavaliers this season.