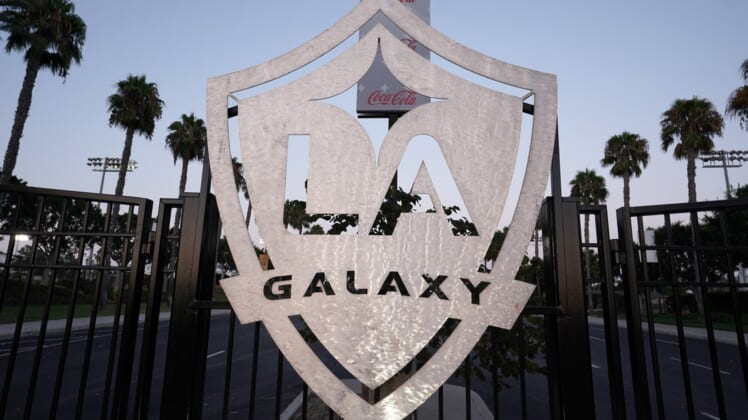 Aug 26, 2020; Carson, California, USA; A general view of LA Galaxy logo at the locked gates at Dignity Health Sports Park after the MLS game against the Seattle Sounders was postponed have been postponed in the wake of protests following the police shooting of Jacob Blake in Kenosha, Wisconsin. Mandatory Credit: Kirby Lee-USA TODAY Sports

The Los Angeles Galaxy will get some relief for their beleaguered defense, adding Ireland native Derrick Williams, a center back who has played for three club teams in England, most recently the Blackburn Rovers.

The Galaxy gave up 46 goals last season, second most in MLS ahead of just the San Jose Earthquakes (51).

Williams has also played three games for Ireland’s national team, in addition to stints with Aston Villa, Bristol City and Blackburn, where he has made 152 total appearances in the past five seasons.

Related: If you’re a fan of Los Angeles, check out #LAGalaxy rumors, rankings, and news here.

The 28-year-old has played one game in the Premier League, in 2012, and has mostly spent his time in the second and third tier in England.