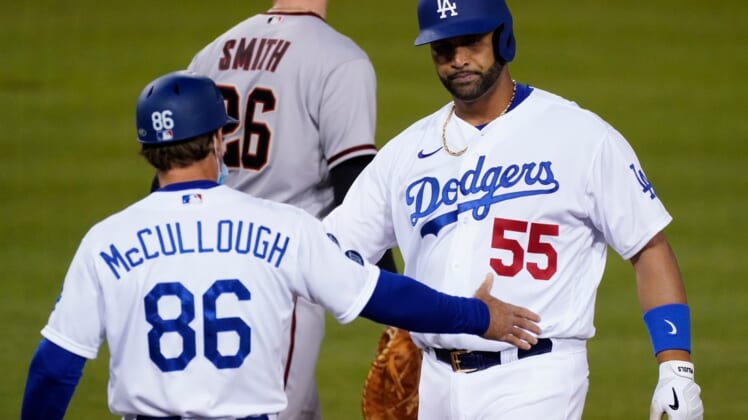 With the Albert Pujols era off to a positive start, the Los Angeles Dodgers will try to find out just what they are capable of getting out of their veteran run producer.

After starting at first base and delivering an RBI single in his debut with the Dodgers on Monday, manager Dave Roberts said Pujols will start at first base again Tuesday when the team faces the Arizona Diamondbacks in the second game of a four-game series.

In Pujols’ first at-bat with the Dodgers in the first inning Monday, he flew out to center field against Arizona left-hander Madison Bumgarner. In his second trip to the plate, he singled for a 2-0 lead in an eventual 3-1 victory.

Loaded with left-handed hitting run producers, the Dodgers could use some production from the right side. Los Angeles’ .656 OPS against left-handed pitching is in the bottom 10 of all MLB teams. 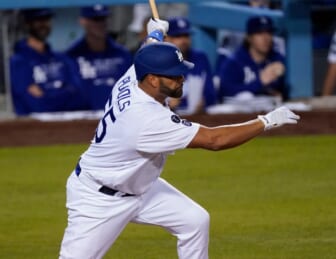 Pujols’ role figures to be as a spot starter at first base against left-handers and a pinch hitter in the late innings most other times.

“I am ready to go however you need me, whenever you need me,” Pujols said on the Spectrum SportsNet broadcast after his debut. “That’s pretty awesome when you get your manager and your front office believing in you. I think at the end of the day it’s about trying to help this ball club win when I am on the field or when I am off the field to be the best cheerleader I can.”

With the Angels, Pujols was batting just .198 in 24 games with a .622 OPS, hardly representative of his career numbers: .298 and .921, respectively. He was the cleanup hitter Monday, but he won’t be asked to be the team’s main run producer, even with guys like Cody Bellinger (leg) and Corey Seager (hand) on the injured list.

“We’re just trying to figure out how to augment our bench, our lineup, our defensive configuration, at every turn,” Dodges president of baseball operations Andrew Friedman said.

Crushed by injuries, the Diamondbacks are still trying to piece together a plan moving forward. Right-hander Merrill Kelly (2-4, 5.24) is in line to start Tuesday but Arizona has not made their plans official. 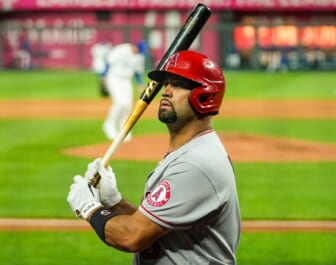 Right-hander Zac Gallen has been out with an elbow ligament sprain, while right-hander Taylor Widener has a groin strain.

“This has been a brutal week,” manager Torey Lovullo said. “I have not seen anything like this for this stretch of time. I wake up each morning thinking today’s going to be a healthy, clean day and there’s a little surprise waiting for us at the end of a game.”