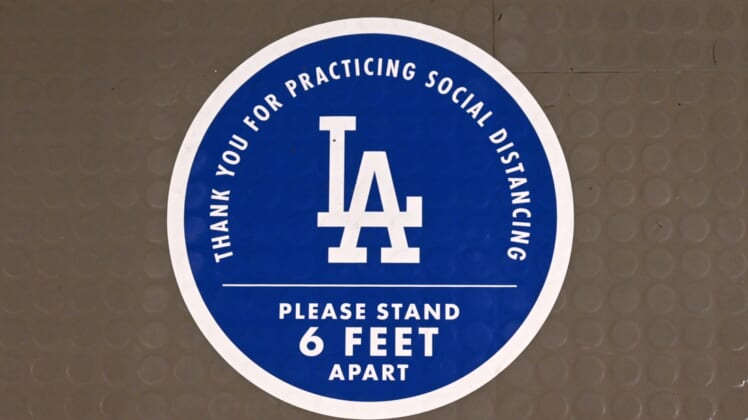 The Los Angeles Dodgers announced Friday that two sections of seats will be set aside for “fully vaccinated fans only,” for their next homestand, and that those tickets will be sold at a discount.

It is the latest in an ongoing effort by professional sports teams in the U.S. trying to entice fans to return to games while staying within societal protocols surrounding the coronavirus pandemic. The San Francisco Giants are using a similar arrangement in what is being called an early version of a “vaccine passport.”

The Dodgers previously tested the concept on April 24, when the “Vaccination Zone” was sold out. Fans in the section are not required to be socially distant, unlike other areas for the stadium, and fans will be seated directly next to others.

Tickets for the two sections — on the right-field side in the loge and reserved sections — will be sold at a 20-percent discount for all games in the nine-game homestand from May 11-20. Fans 16 and older must provide proof of being fully vaccinated for the past two weeks, and children between 2 and 16 will be admitted with proof of having tested negative for COVID-19 within 24 or 72 hours before entering (depending on the type of test).

Masks must still be worn in the Vaccination Zone “except while actively eating or drinking,” the Dodgers said.

On the other side of the country, in Florida, the Miami Heat had experimented with vaccination-only sections earlier this month, but those efforts ended after Gov. Ron DeSantis issued an executive order preventing Florida businesses from requiring customers to show proof of vaccinations.