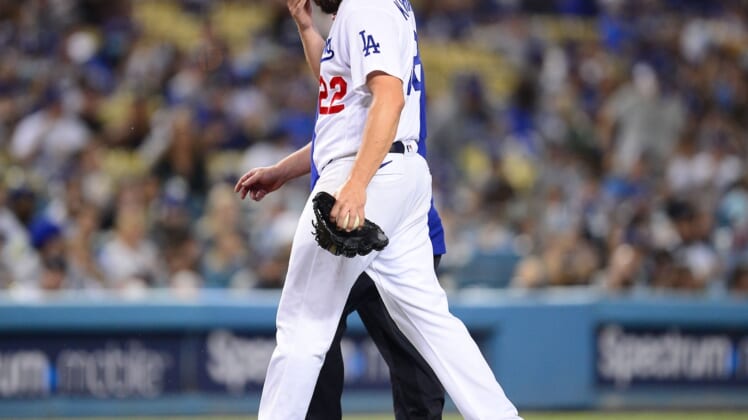 The Los Angeles Dodgers have placed left-handed ace Clayton Kershaw on the 10-day injured list, leaving the Dodgers without the services of the three-time Cy Young winner through at least the wild-card round, should that be necessary.

The Dodgers trail the San Francisco Giants by two games in the NL Western division race with two games to play. The loser of that race will host the NL wild-card game.

Kershaw, an eight-time All-Star, was removed from the Dodgers’ most recent game Friday night after just 1 2/3 innings. He surrendered three runs on five hits before leaving. The Dodgers later announced he had departed because of left forearm discomfort.

In a corresponding move, the Dodgers recalled right-handed pitcher Mitch White, 26, who is 1-3 this season with a 3.74 ERA in 20 appearances.