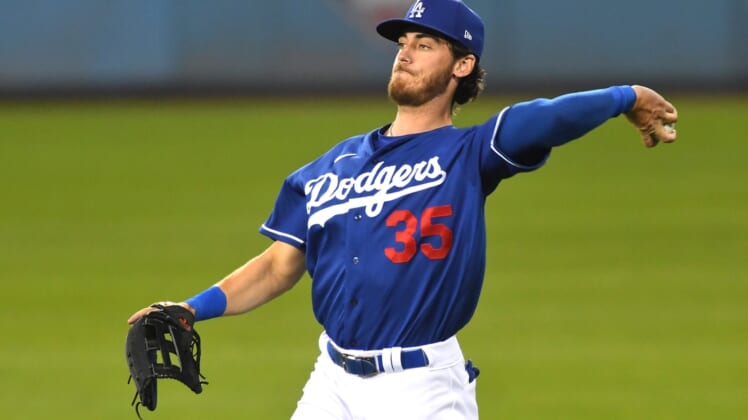 The Los Angeles Dodgers placed center fielder Cody Bellinger on the 10-day injured list Friday with a left calf contusion. The move is retroactive to Tuesday.

Bellinger, 25, was injured when he was spiked by Oakland reliever Reymin Guduan while beating out an infield single in the ninth inning of Monday’s 10-3 win against the A’s.

Bellinger is batting .211 (4-for-19) through four games with a double, a triple, two RBIs and two runs scored.

Raley, 26, joins the major league roster for the first time in his career. He was acquired in the February 2020 trade that sent right-hander Kenta Maeda to the Minnesota Twins.