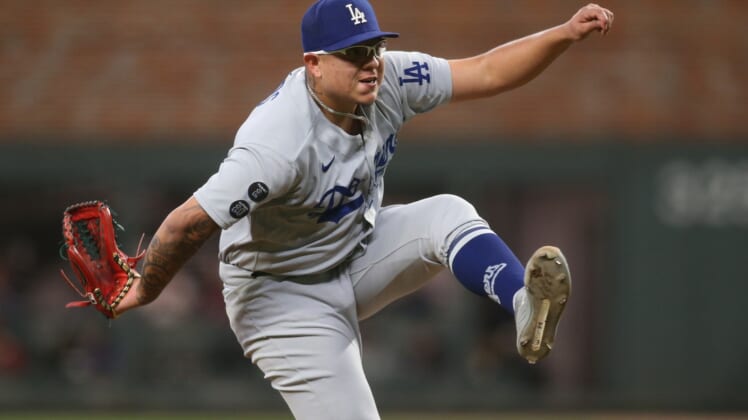 The Los Angeles Dodgers are back in business, essentially rescuing their season and injecting even more drama into the National League Championship Series with the most unexpected of victories.

The Atlanta Braves were five outs away from taking a three-games-to-none stranglehold on the NLCS on Tuesday before the Dodgers revived a stagnant offense that had struggled to deliver in the clutch for much of the postseason.

Rescued from approaching desperation mode, the Dodgers now will send Julio Urias to the mound in Game 4 on Wednesday in a bid to even the best-of-seven series.

The Dodgers are 1.5-run favorites at DraftKings, where they are being backed by 63 percent of the bets and 79 percent of the run-line money in Game 4. 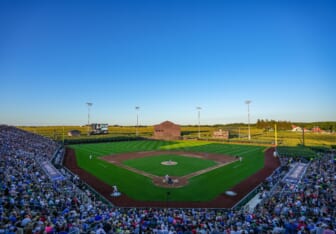 Los Angeles was shut out twice in the NL Division Series against the San Francisco Giants before advancing, then had just two hits in 18 at-bats with runners in scoring position while dropping the first two games of the NLCS to the Braves.

Aside from a first-inning home run from Corey Seager, the Dodgers were doing next to nothing on offense Tuesday, with the Braves’ first World Series berth in 22 seasons appearing closer to a reality.

But a pair of eighth-inning singles, followed by a stadium-shaking three-run home run from Cody Bellinger off Braves right-hander Luke Jackson, tied the game. Three batters later, Mookie Betts hit a go-ahead double, and the Dodgers were able to steal a 6-5 victory.

Adding to the unexpected nature of it all was that Los Angeles starter Walker Buehler struggled over 3 2/3 ineffective and unlucky innings before eight relievers combined to slow the Braves the rest of the way.

Urias, a 20-game winner in the regular season, was used in relief during Game 2, but he was unable to protect a two-run lead in the eighth inning. He returns to his more familiar starting role in Game 4.

“I think Julio is going to be Julio; he will go out and try to give us a chance to win,” Betts said. “It’s just our job to put up some runs and give him an opportunity to put up some zeros.”

In four career regular-season appearances against the Braves (two starts), Urias is 2-0 with a 1.80 ERA in 15 innings. And while he might have stumbled at Atlanta over 14 pitches Sunday, he closed out Game 7 of last year’s NLCS against the Braves with three scoreless innings. Urias also won Game 3 of the 2020 NLCS when he limited Atlanta to one run in five innings.

The Braves will counter with a bullpen game, a prospect that looked especially dicey when starter Charlie Morton was struggling in the first inning of Game 3. The veteran right-hander gave up Seager’s first-inning home run, walked the bases loaded and was nearly removed before escaping the jam.

Morton went on to throw five innings despite walking six batters, and four Atlanta relievers handled the next three innings. Manager Brian Snitker said the club still was deciding who would start Game 4, with Jackson more than ready to redeem himself when called.

“We walked off the first two games by battling in at-bats and pitchers finding a way,” Jackson said. “Everybody has been huge and everybody has done their part, and that’s how you win more games in the playoffs.”

Close to a 3-0 lead that would have topped the start they had in last year’s NLCS against the Dodgers, Atlanta is now hoping to match its 3-1 advantage from 2020.

“We feel good. We’re confident,” Snitker said. “Our guys, every year, are getting more and more battle-tested. We played a really good game out there (Tuesday). A lot of really good things happened, but we don’t get one pitch back.”