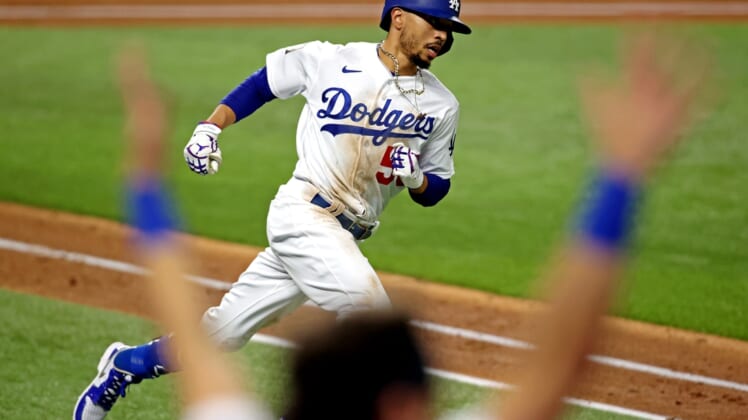 Six weeks from the start of the 2021 baseball season, at least two sportsbooks on Thursday unveiled their preseason win totals for all 30 teams.

Not surprising, the defending world champion Los Angeles Dodgers were ahead of the pack.

Caesars Sportsbook by William Hill opened the Dodgers’ 2021 season win total at 104.5. Odds archive SportsOddsHistory.com indicated that the 104.5 figure ties the 1999 New York Yankees for the highest win total at sportsbooks in the past 32 seasons.

As pitchers and catchers begin reporting for spring training, the Dodgers are the consensus favorites to win this year’s World Series, with odds around + 350 at most sportsbooks.

Following the recent signing of 2020 National League Cy Young Award winner Trevor Bauer, DraftKings installed the Dodgers at 101.5 victories. DraftKings has the Yankees at 95.5 followed by the San Diego Padres at 94.5. At the bottom are the Pittsburgh Pirates at 59.5, followed by the Colorado Rockies and the Baltimore Orioles each at 64.5.

The Dodgers are causing oddsmakers to post numbers that the betting market has not seen since the Yankees’ dynasty of the late 1990s.

“On paper, the Dodgers are putting together an All-Star team for this year,” Westgate sportsbook manager Randy Blum told the Las Vegas Review-Journal.

The Dodgers, who begin their season April 1 at Colorado, opened each of their 2020 regular-season and postseason games as the favorite.