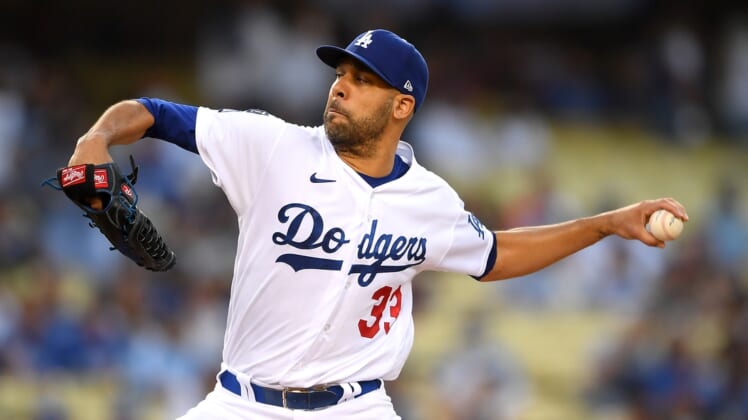 Veteran left-hander David Price is on the Los Angeles Dodgers’ 26-man roster for the National League Division Series against the San Francisco Giants.

The team submitted its roster Friday, hours before the opener of the best-of-five series in San Francisco.

The 36-year-old Price wasn’t part of the roster for the Dodgers’ 3-1 victory over the St. Louis Cardinals in the wild-card game on Wednesday.

The five-time All-Star used to be one of the top starting pitchers in the majors. He won the 2012 American League Cy Young Award after going 20-5 with a 2.56 ERA for the Tampa Bay Rays.

The Dodgers also placed Game 1 starter Walker Buehler on the NLDS roster after not having him active against the Cardinals.

Removed from the roster were utility player Zach McKinstry and outfielder Luke Raley.