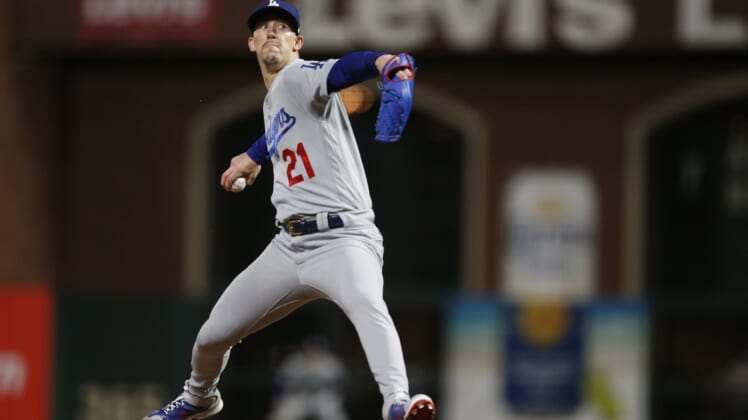 “I think we’ve got to circle up as a group,” Roberts said. “What I will say is everything is on the table.”

When asked if that includes starting Buehler, he reiterated, “Everything’s on the table.”

Buehler gave up three runs on six hits over 6 1/3 innings in the series opener. After throwing 99 pitches in Game 1, he would be pitching on just three days’ rest for the first time in his career.

Meanwhile, the Giants will counter with Anthony DeSclafani on the mound. The right-hander went 13-7 with a 3.17 ERA in 31 regular-season starts, but he was 0-3 with a 7.33 ERA in six starts against the Dodgers.

He did throw six scoreless innings in his most recent outing against Los Angeles on Sept. 3.

The Dodgers, who were shut out 1-0 in Game 3 on Monday night, rallied from a 3-1 series deficit to win last year’s NLCS against the Atlanta Braves.