Los Angeles Dodgers’ Corey Seager out until after All-Star break 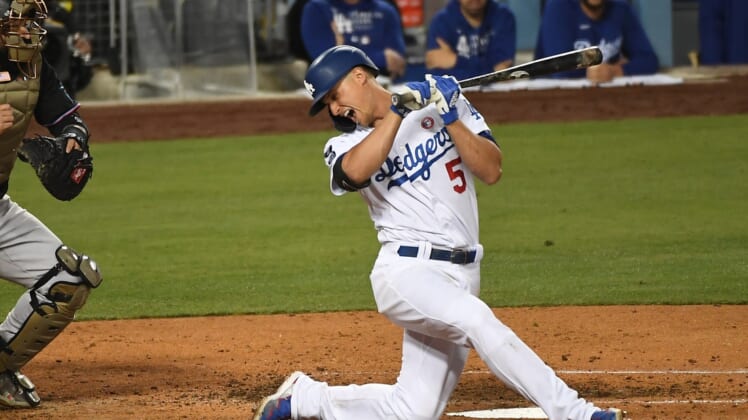 The Los Angeles Dodgers transferred shortstop Corey Seager to the 60-day injured list Wednesday in a move that will keep the World Series MVP out until after the All-Star break.

Seager had been making progress in his rehab for a broken right hand that happened when he was hit by a pitch May 15 against the Miami Marlins. That recovery process plateaued over the weekend.

“It just isn’t responding,” Dodgers manager Dave Roberts said Monday. “Time is not helping us. He’s just not coming along. Still feels it when he hits, so we just feel we’re going to put it on the back burner and slow play it a little bit.”

Seager, 27, was batting 265 with four home runs and 22 RBIs in 37 games. A career .293 hitter with 92 home runs and 329 RBIs over seven seasons, Seager led the Dodgers to a World Series title in October when he batted .400 with two home runs and five RBIs in six games against the Tampa Bay Rays.