Nunez, 28, signed with the Dodgers in 2018 after leaving Cuba and has not made his major league debut.

Nunez posted a 5-0 record and a 2.79 ERA in 15 relief appearances at Triple-A Oklahoma City this season, striking out 39 batters and walking 15 in 29 innings. 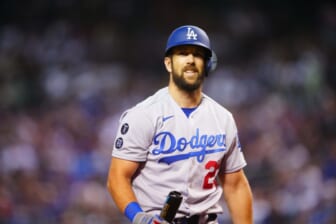 White, 25, was recalled for the fourth time and pitched four innings in Wednesday’s 9-6 loss to the Miami Marlins. He allowed three runs (two earned) on three hits with five strikeouts and one walk.

White is 0-0 with a 3.92 ERA and 19 strikeouts and nine walks in 13 relief outings for the Dodgers this season.