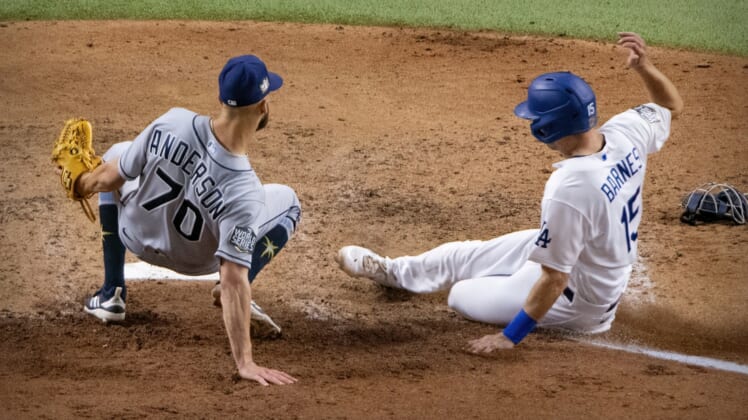 The agreement means the two sides will avoid arbitration. Barnes reportedly filed for $2 million for 2021 with the Dodgers countering at $1.5 million.

Barnes batted .244 with one homer and nine RBIs in 29 games last season. He is slated to be the backup to emerging Will Smith this season after splitting the starting duties last season.

Barnes has spent six years with the Dodgers and has a .230 career average to go with 18 homers and 89 RBIs in 347 games.