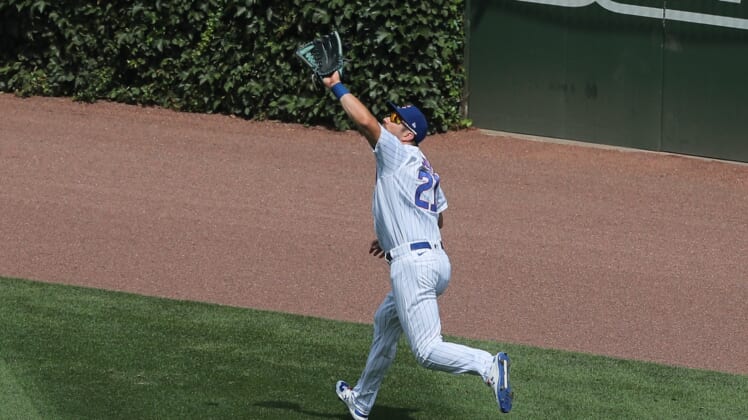 The Dodgers picked up Souza on a minor-league deal during spring training after he was released by the Houston Astros. In 22 games at Triple-A Oklahoma City this season, he was batting .279 in 68 at-bats with six home runs and 16 RBIs.

It has been a long road back for Souza, who blew out his knee just before the 2019 season began and missed the entire campaign with the Arizona Diamondbacks. The 32-year-old played in just 11 games with the Chicago Cubs last season, batting just .148 with a home run and five RBIs.

The Dodgers were in need of some outfield depth after center fielder Cody Bellinger was placed on the injured list Tuesday because of a hamstring strain.

Jones, 35, was an intriguing pickup for the Dodgers in May, adding experience to their bullpen after he was let go by the Atlanta Braves. He was even unscored upon in five of his first six outings with Los Angeles.

But Jones was tagged for six combined runs in 1 2/3 innings of his last two outings. He was removed from a blowout game against the Texas Rangers on Saturday after allowing four runs, with rookie infielder Andy Burns brought in to replace him on the mound.