Trea Turner was a member of the Washington Nationals July 27 when he had to be pulled from the middle of a game due to a positive COVID-19 test.

On Friday, he was activated from the COVID injured list by his new team, the Los Angeles Dodgers.

Turner was available for Friday night’s home game against the Los Angeles Angels, but he was not in the starting lineup.

Dodgers manager Dave Roberts confirmed to reporters that the team plans to play Turner, Washington’s longtime shortstop, at second base so Corey Seager could stay at his natural position.

“Obviously we view (Turner) as a premier shortstop, one of the superstar players in the game,” Roberts said. “But we value Corey at shortstop, and Trea’s potential versatility with his athleticism allows for some different things.” 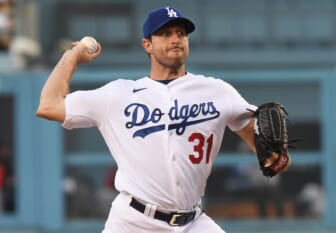 Turner has played 42 games at second base in his career.

Los Angeles acquired both Turner and three-time Cy Young winner Max Scherzer from the Nationals at the trade deadline in exchange for four prospects.