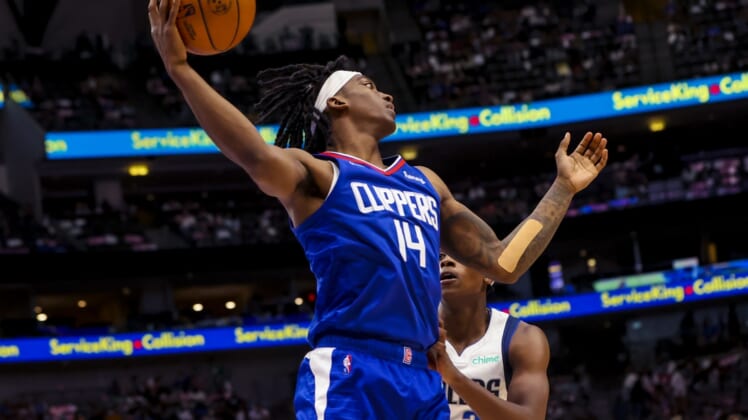 The Clippers did not reveal the specific terms of the deal, however ESPN reported it was a two-year, $22 million contract extension.

“It is with tremendous honor and pride that I sign this extension with the Clippers,” Mann told ESPN’s The Undefeated in a statement. “The faith and commitment in my development and contribution thus far will provide me the motivation I need as I continue to be a pivotal part of our championship run. I want to thank the front office for this opportunity to remain a part of the Clipper Nation. I would also like to thank my coaches and teammates for believing me and allowing me to grow both on and off the court.”

“Terance personifies many of the qualities we value,” said Lawrence Frank, Clippers president of basketball operations.

“He is a giving teammate and an unrelenting worker who improves himself and those around him every day. In only two seasons, we’ve watched him grow from a second-round pick to a key contributor on a playoff team. We want him to be a big part of our future, and we’re glad he wants the same. We’re thrilled for Terance and excited for what’s to come.”