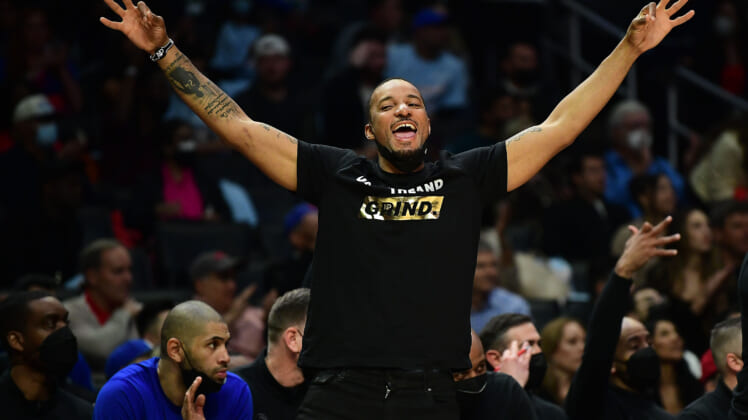 Los Angeles Clippers forward Norman Powell had a strange encounter with a Las Vegas woman that included the unidentified female calling the forward not American and the police being called.

Seven-year NBA veteran Powell was in Vegas this week working out at a gym when he came face-to-face with what might be considered in slang terms as a “Karen.” One definition for this type of person is “an obnoxious, angry, entitled, and often racist, middle-aged white woman who uses her privilege to get her way or police other people’s behaviors.”

During an Instagram live feed earlier this week, Powell claims that a white woman barged into the gym during a workout with claims of having just been in a fight. The 28-year-old — who is black — and the people he was training with suggested she leave through the back of the gym. After doing so, he says she returned 15 to 20 minutes later and started to randomly berate the group and “calling us un-American, saying we need to go back, calling us p***y, a whole bunch of s**t,” said Powell.

TMZ Sports was first to report the story on Wednesday, as well as footage from Powell’s live feed as he explained his weird encounter.

“We was trying to get her to leave,” Powell explains in the video, “and then she was trying to take her pants off and [defecate or urinate] on the floor. And that’s when we pulled her out like, we can’t have that.”

The group reportedly called local police and informed the woman officers were on the way. This obviously disturbed individual didn’t take the threat seriously and eventually had to be physically detained once Las Vegas Police Department officers arrived on the scene. 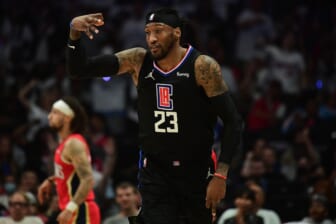 Adding to the awkwardness, and racially heightened tone of the incident, Powell claims the woman yelled “I can’t breathe” when LVPD officers pressed her up against a squad car.

That particular phrase grew to global infamy in 2020 after it was uttered by George Floyd before his death by a Minneapolis Police officer who was sitting on the back of his neck while attempting to control and arrest him.

The Los Angeles Clippers talent had one of his best seasons in the league in 2021-2022. While playing for the Portland Trail Blazers and Clippers he average 19.3 points per game, had 3.2 rebounds and shot 46% from the field.