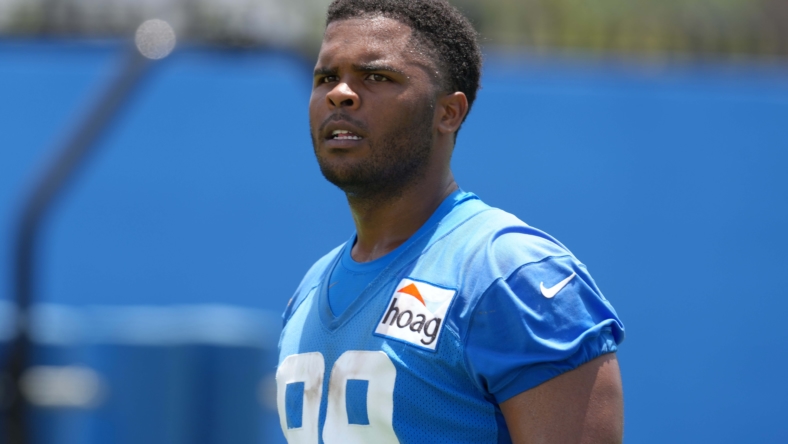 The Los Angeles Chargers have seen their defensive scheme change to an extent since they hired the defensive-minded Brandon Staley as their head coach ahead of the 2021 season.

A first-round pick out of Notre Dame back in 2019, defensive lineman Jerry Tillery had felt the impact of this schematic shift. That’s especially true with the former starter taking backup reps in 2022.

Los Angeles has now opted to waive Tillery in what has to be considered somewhat of a surprising move.

“Jerry has been a valued member of our organization since arriving in 2019, and I want to thank him for all his contributions to the Chargers. This was not an easy decision but, after careful consideration, it was a necessary one that is in the best interest of both team and player. We wish Jerry all the best moving forward in his career,” Los Angeles Chargers general manager Tom Telesco on the decision to waive Jerry Tillery, via the team’s official website.

It’s not yet known if something happened behind the scenes between the two parties. But as mentioned above, he had seen a drop off in playing time this season. In fact, the former Notre Dame star has only played in 50% of the Chargers’ defensive snaps once this season.

Assuming something didn’t lead to the Chargers waiving Tillery from an off-field perspective, there’s a darn good chance that he will be claimed. Multiple media reports indicate that teams had expressed interest in Tillery ahead of the Nov. 2 NFL trade deadline.

According to ESPN’s Adam Schefter, the official move is not expected until Monday. This means teams will have to wait until Monday to claim Tillery.

The defensive lineman is earning a base salary of just $2.05 million this season. Any team picking him up off waivers would be on the hook for a prorated amount of that for the remainder of the campaign.