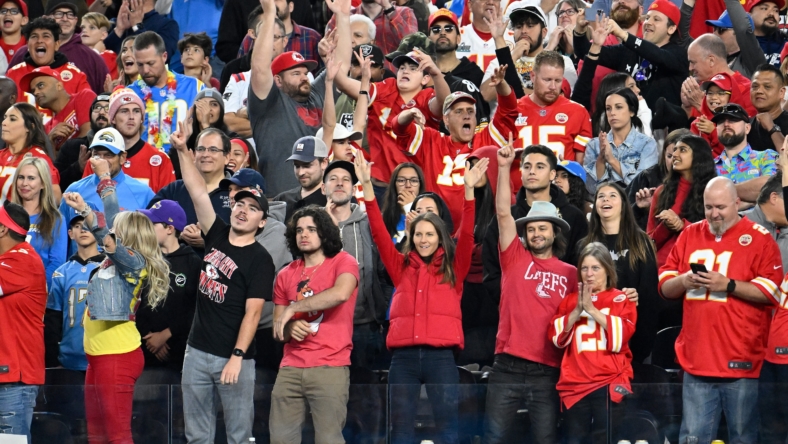 The Los Angeles Chargers and Kansas City Chiefs took part in most of the most hotly-contested affairs of the NFL Week 11 slate Sunday night at SoFi Stadium in Southern California.

Kansas City pulled off the comeback win on a Patrick Mahomes touchdown pass to Travis Kelce late in the fourth quarter, pretty much giving the road team the AFC West title in the process.

As for the homestanding Chargers, it was yet another close loss in a season full of them as the team currently finds itself at 5-5 heading into Week 12.

Apparently, those who went to SoFi Stadium were also frustrated by the outcome of said game. As you will see below, a man was legitimately thrown off the bridge right outside SoFi Stadium during a fight with another man.

That’s going to leave a mark.

In all seriousness, we hope the invididual is OK. What we do know is that Chiefs fans took over the stadium in a big way. It’s been common for opposing teams to dominante fan attendance during Los Angeles Chargers and Los Angeles Rams games in Southern California since SoFi Stadium opened up back in 2020.

From a micro perspective, I was at the 49ers and Rams game a few weeks back at this same location. While there were exchanges of words, no large-scale fights broke out between fans of the two division rivals.

Whether it was liquid courage or something else, the same thing can be said about the Los Angeles Chargers and Kansas City Chiefs game Sunday night. It’s all sort of unfortunate.