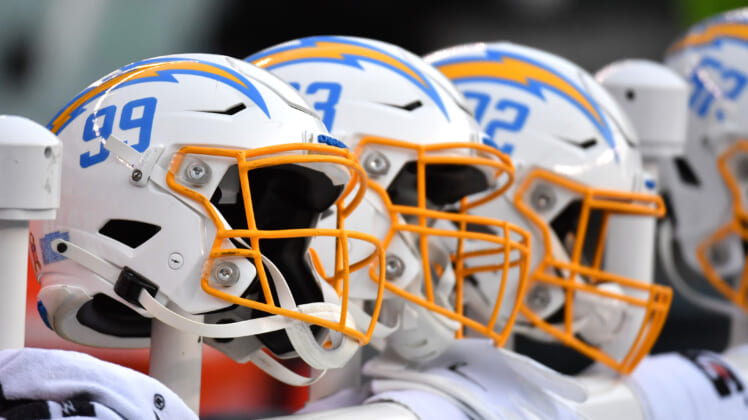 Any time a team is scheduled to pick 17th as the Los Angeles Chargers are in the 2022 NFL Draft, one can never know what to expect. You could solely focus on the draft and its prospects for an entire year and once the draft gets underway, all the plans go out the window.

This is because the annual player selection event is so unpredictable. There are too many variables for anyone to have any clue as to what could happen in the first 16 picks before the Chargers are officially on the clock. That’s part of what makes the drama so fun, which is why millions of football fans tune in to watch five hours of a television event, which doesn’t even include a single live football play. It’s nuts.

Even though every year there are trades, players slipping and others rising, it’s still fun to debate about what could happen on draft day. Here we preview three first-round prospects the Chargers may have to debate over once it’s their turn to turn in the draft card on April 28.

One of the better draft day scenarios for the Chargers is if Georgia Bulldogs’ athletic freak of a defensive tackle Jordan Davis slips all the way down to No. 17. Following his NFL Draft Combine performance, no one thought it was possible for the 6-foot-6, 341-pound monster to slip past the top ten, but in the months that followed, questions have popped up regarding his ability to play all three downs in the NFL.

Davis, who can likely be a Day One contributor on early rushing downs, may be a liability once it’s time to pin the ears back after quarterbacks. Or at least that’s the concern of some.

The alternative thought, is a player with his speed, his strength, and his athleticism could be a menace in the trenches, whether it’s as a pass-rusher or as a run-stuffer. At the very least, his floor appears to be that of a gap-plugger, but the ceiling for Davis offers an otherworldly pass-rusher, which will it be?

Tom Telesco’s top priorities this offseason centered around shoring up a defense that allowed the third-most points per game in 2021 as well as building an impenetrable wall in front of Justin Herbert. So far, he’s one-for-two, with the right side of the line still a concern.

This means the Chargers are likely to address their right guard and right tackle in the draft, even if it’s not right away in the first. If it is, Northern Iowa’s Trevor Penning is a plug-and-play solution at right tackle. Playing with physicality yet good on the move, Penning can help improve the offense’s efficiency in both the running and passing game.

If the Chargers decide they wish to run it back with Storm Norton or Trey Pipkins at right tackle, they could look to build from the inside out, targeting a guard instead with their top pick. If this is the case, Boston College’s Zion Johnson could be the choice.

Widely regarded as one of the top-two offensive guard prospects, Johnson plays with a lot of power and has the type of strike that would make Bill Belichick almost crack a smile. Aggressive, yet intelligent, Johnson also has some experience at tackle but a lack of lateral mobility makes him an interior-only prospect in the pros.

Depending on how the board falls, the Chargers will likely have roughly five different players they’re considering once pick No. 17 rolls around. They can only hope one of their top-graded prospects unexpectedly falls, but if not, there’s still plenty of other talent available, even if that means making a pick that isn’t sexy, like an offensive lineman who has no chance to win Rookie of the Year.