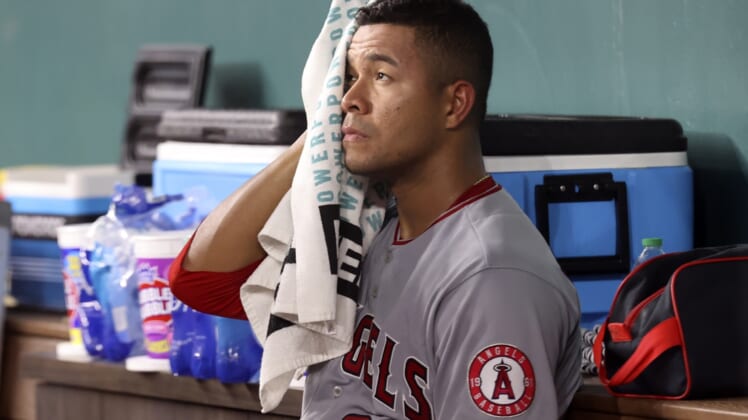 Quintana, 32, was 0-3 with a 7.22 ERA in his first nine starts as a member of the Angels. He worked three innings Sunday against the Oakland Athletics, allowing two runs while recording five strikeouts before leaving the game with shoulder soreness.