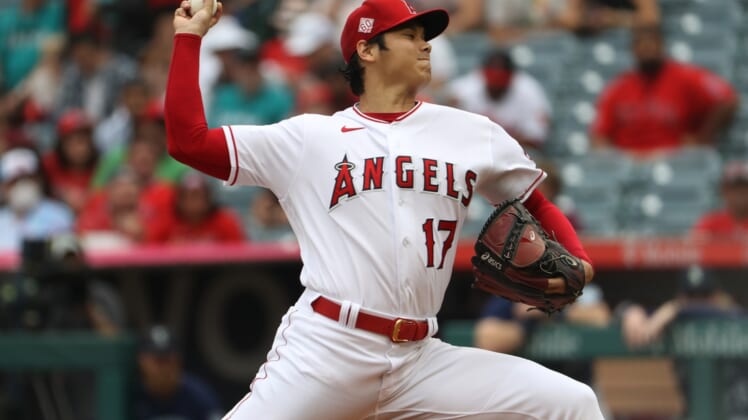 Ohtani and Angels manager Joe Maddon had a discussion and it was decided Ohtani will not pitch in the regular-season finale on Sunday, a game that could be crucial for the playoff hopes of the Seattle Mariners.

“Just talking with him, he just felt it was the right time to shut her down, so that’s what we’re going to do,” Maddon told reporters prior to Wednesday night’s game against the Texas Rangers. “It’s really not complicated. We’re just going to have him focus on his hitting the rest of the year and not worry about pitching.

“He finished with two really strong outings and there’s nothing to really gain right now. So it’s probably best to not pitch him. And again, this came from a conversation with him.”

He is the leading candidate for AL MVP honors due to his combination of hitting and pitching success. He is third in the AL with 45 homers and is batting .256 with 98 RBIs and 24 steals entering Wednesday’s game.

Maddon said he expects Ohtani to be part of a six-man pitching rotation next season while also serving as the club’s designated hitter.

“Everything he did this year, I think is just going to permit him to have more confidence next year,” Maddon said. “I would obviously like to see him replicate it and add more innings next year. That’s about it.”