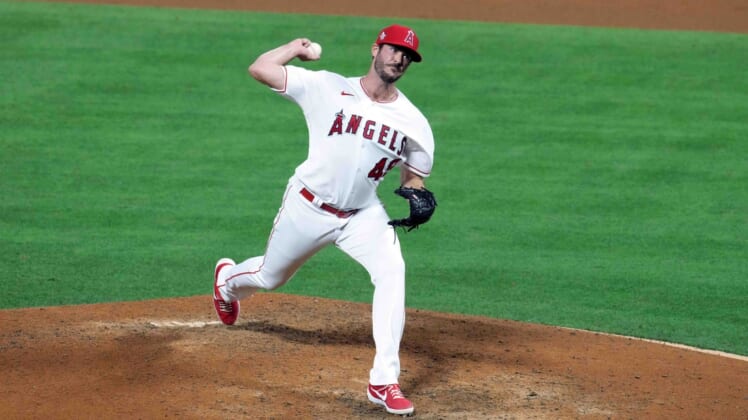 The Los Angeles Angels recalled right-hander James Hoyt from Triple-A Salt Lake to take the spot of left-hander Dillon Peters, who was optioned after Monday’s game against the New York Yankees.

Hoyt, 34, had two stints with the Angels earlier this season, posting a 1.69 ERA over five outings. He has struggled in 14 outings with Salt Lake posting a 12.60 ERA.

Peters, 28, did not enter a game after he was called up to the Angels on Sunday. He appeared in just one game for the Angels last season and is 7-8 with a 5.83 ERA over four seasons with the Miami Marlins and Angels.