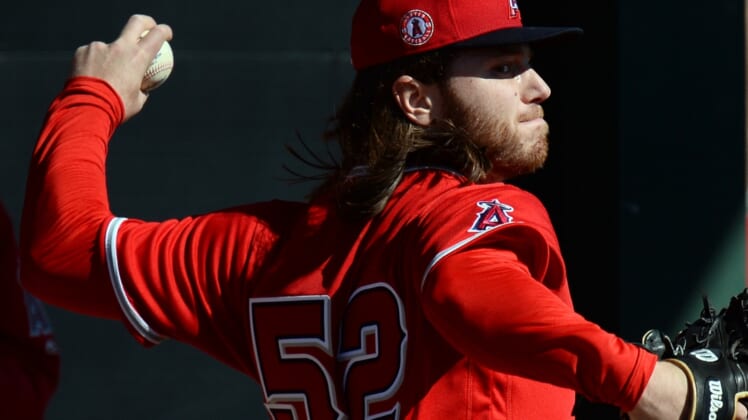 The Los Angeles Angels selected the contract of left-hander Dillon Peters in advance of Wednesday’s home game against the Cleveland Indians.

Peters takes the roster spot of right-hander Jaime Barria, who was optioned to Triple-A Salt Lake after Tuesday’s game against the Indians.

Peters, 28, will be making his first appearance of the season with the Angels. He made just one appearance with the club last season and had a 9.90 ERA In two starts at Salt Lake this season.

Peters is 7-8 with a 5.83 ERA in 31 appearances (24 starts) over the past four seasons with the Minnesota Twins and Angels.