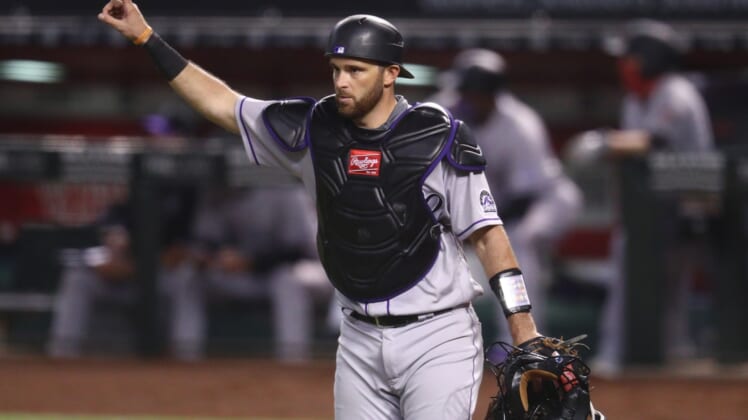 Kurt Suzuki is the team’s starting catcher entering the weekend, with regular No. 1 Max Stassi just placed on the seven-day injured list.

In a corresponding move, the Angels designated catcher Jack Kruger for assignment.

Butera, 37, played 10 games with the Angels in 2015 following a trade with the Dodgers. In May that year, he was dealt to the Kansas City Royals for infielder Ryan Jackson.

Butera, a fifth-round pick of the New York Mets in 2005, has caught two no-hitters – Francisco Liriano’s in 2011 and Josh Beckett’s in 2014 — and was behind the plate for the final out of the Royals’ 2015 World Series title.