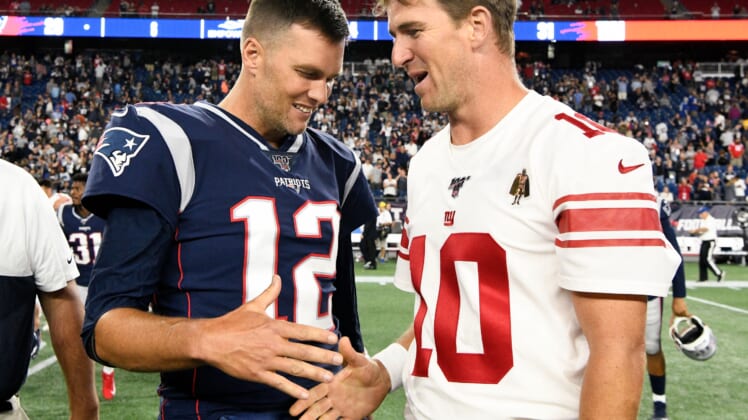 Before Manning held his retirement press conference, Brady tweeted his congratulations to the future Hall of Famer. Brady made sure to have a little fun with the tweet, sharing how he wished Manning had a little less success in their Super Bowl matchups.

Obviously, Brady is referring to Manning’s Super Bowl wins over Brady and the Patrios in Super Bowl XLII and XLVI. While many like to question Manning’s accomplishments, he delivered two iconic moments in the biggest games of his career and won two Super Bowl MVPs.

Fortunately for Brady, he’ll still have the chance to try and win another Super Bowl to make up for his losses to Eli. Although, the future Hall of Famer might do it with another team,